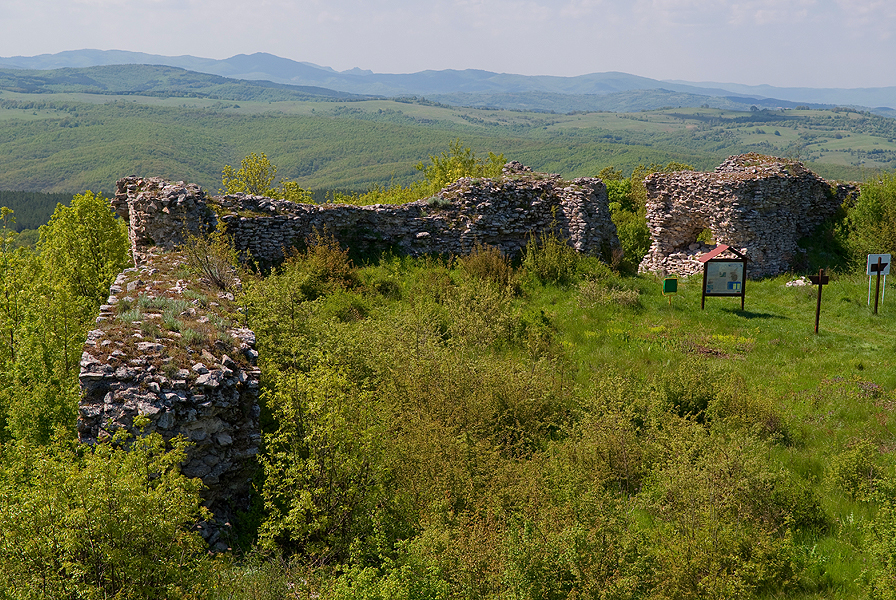 Lyutitsa Fortress is located 5 km southwest of Ivaylovgrad, near Roman Armira Villa. It is one of the best preserved Bulgarian medieval fortresses and one of the biggest in the Eastern Rhodopes. It is also known as The Marble City and Kaloyan’s Citadel.

It is believed that these are the remains of the big and flourishing medieval town of Lyutitsa mentioned in some chronicles. The town was a bishopric (9th – 17th centuries) and an archbishopric (17th – 18th centuries) centre that played an important role in Bulgarian history, especially during the reign of Tsar Kaloyan (1197– 1207). The main construction dates as far back as the 4th – 6th centuries. The fortress survived well into the end of the 18th century, when it went into decline as it lost its importance as a stronghold, and its inhabitants moved to the nearby mineral springs to found the village of Ladzha.

The ruins of the fortress spread out on an area of 26 decares in an irregular ellipse shape. The walls of the fortress are approximately 600 m long and up to 10 m high. Also 8 of the 12 towers of the fortified town are preserved (1 octagonal, 2 round ones, and 9 square ones). So far the citadel (inner fortress), the donjon (the tower where the ruler dwells), the foundations of 2 churches (built in the 10th century and the 15th – 16th centuries), a necropolis including 15 graves, a well, and the remains of an ancient sewerage system have been recovered.

Of all the numerous finds from every period: pottery, adornments, coins, everyday-life items made of bone and metal, architectural elements, etc., one find of special interest is the pottery identical to the ones found in Pliska and Preslav. It is evidence that the fortress was Bulgarian and that it was a centre of a highly developed culture.
Many of the artifacts discovered at the fortress can be seen in the Municipal Museum of History in Ivaylovgrad.