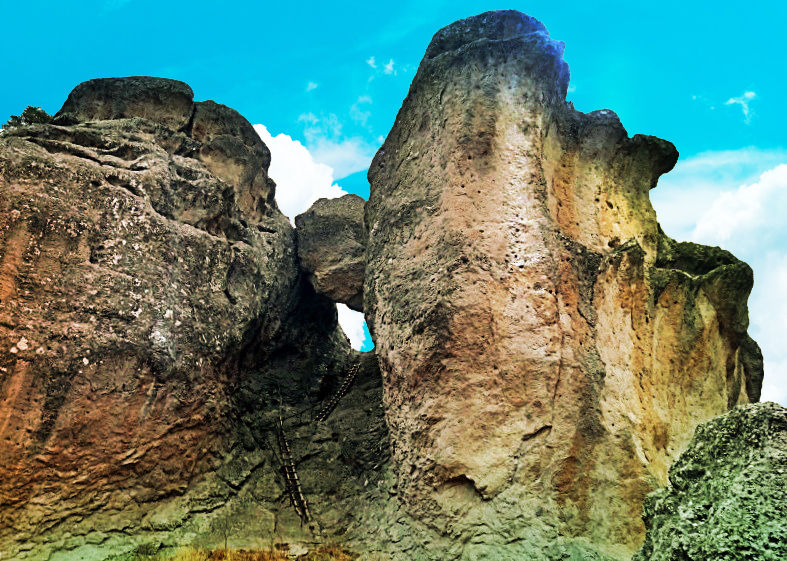 The folk legend related to Karadjov Stone tells about Karadzha Voivode from the village of Yavrovo, nearby Asenovgrad, who bravely defended the population of the surrounding villages from the attacks of the Ottomans and the bashi-bazouks.

The legend has it that the Voivode was very angry at the gang of bashi-bazouks, who kidnapped the beautiful girl Dragana. They dragged her to the peak opposite and made fun of her to death. Since then, the girl’s place of death has been named Draganitsa Peak.

The voivode waited for revenge and a few days later he heard that the bashi-bazouks were walking in the nearby village. He gathered the detachment, attacked and killed 25 Ottomans. He left only one alive and sent him to the governor of Plovdiv, to inform him that the Bulgarians from Stanimashko would no longer tolerate the atrocities of the bashi-bazouks. However, this angered the governor and he sent a regular soldiers. The Turks surrounded the rock and after an unequal battle killed the detachment, Karadzha Voivoda also fell dead. The stone has been named after him ever since.

Another legend says that before he died, the voivode buried a great treasure somewhere under the stone. Locals avoid discussing Karadzhov Stone because they believe the place carries unclean energy and the buried treasure of the slain voivode carries a bad omen, so the elderly regularly advise tourists, if they happen to come across the property, to throw away the gold and run away. An evil or curse befalls them, called for another

Karadjov Stone is located near the village of Mostovo, in the Western Rhodopes. In the vertical walls of the rock plateau, a natural narrow gutter has formed, in which a huge stone is stuck – the so-called Karadzhov stone. The territory of the rock plateau of the same name has been declared a protected area.