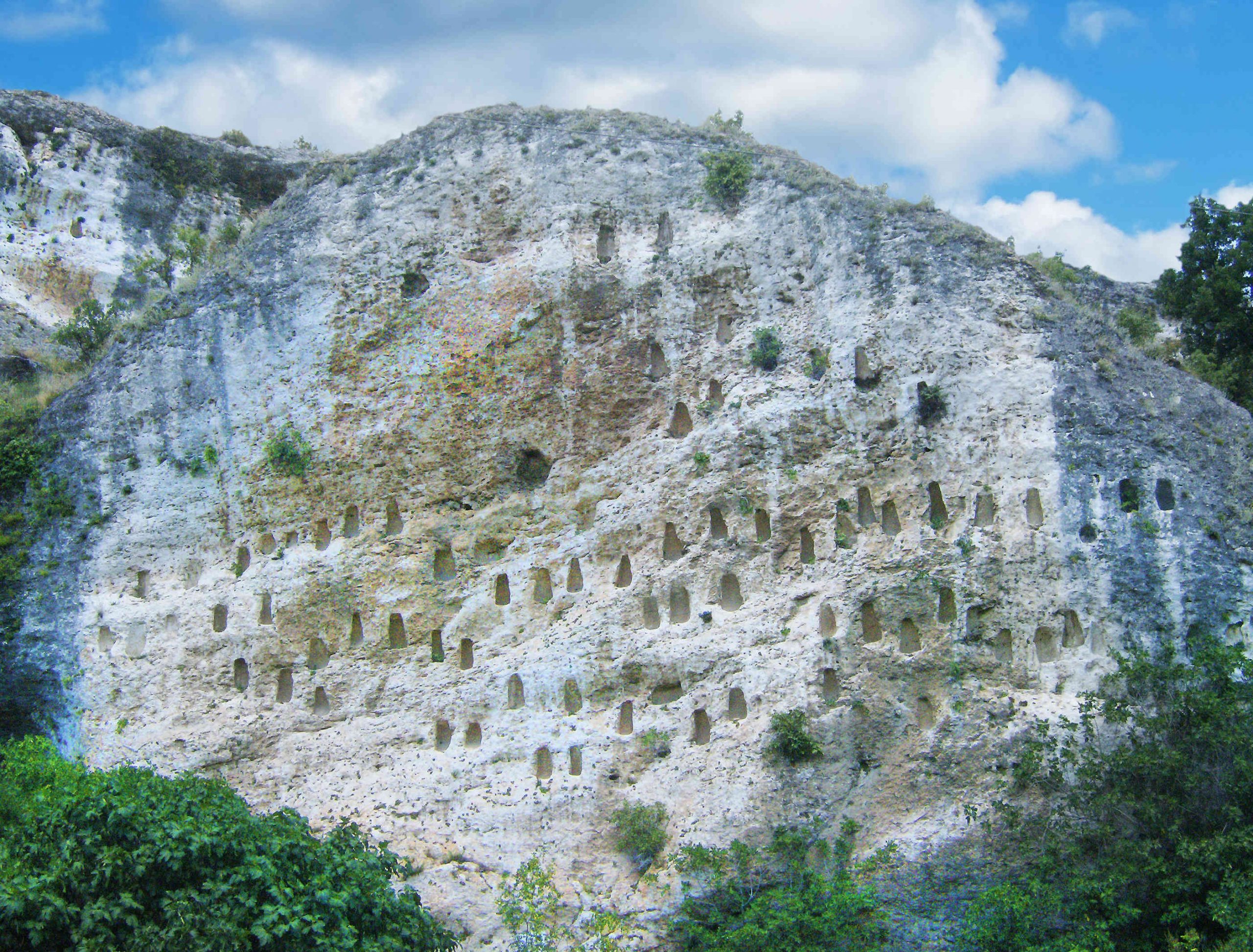 Kovan Kaya is part of a megalithic Thracian cult complex in the Eastern Rhodopes, near the village of Dolno Cherkovishte, Haskovo region.

Kovan Kaya or in translation “The Rock-Beehive” is so called because it is probably the largest complex with rock niches – contains more than 100. Despite the mystery of these niches, their orientation southeast, it is believed that they served for ritual purposes of our ancestors.

Legends has it that this mystical place with trapezoidal niches “opened” a door to space, through which on specific days of the year, the human soul made its connection with the universe.

According to geophysical analysis, there are many energy fields around the Rhodope Rock sanctuaries of the Thracians. People who are more sensitive claim to have found spiritual balance there.

Apart from being a natural landmark with rare species growing here and an invaluable heritage of the Thracians, Kovan Kaya also offers a stunning view over the beautiful meanders of Arda.

Northwest of the rock, in the area “Aul Kaya”, is a rock sanctuary used by the ancient Thracians.