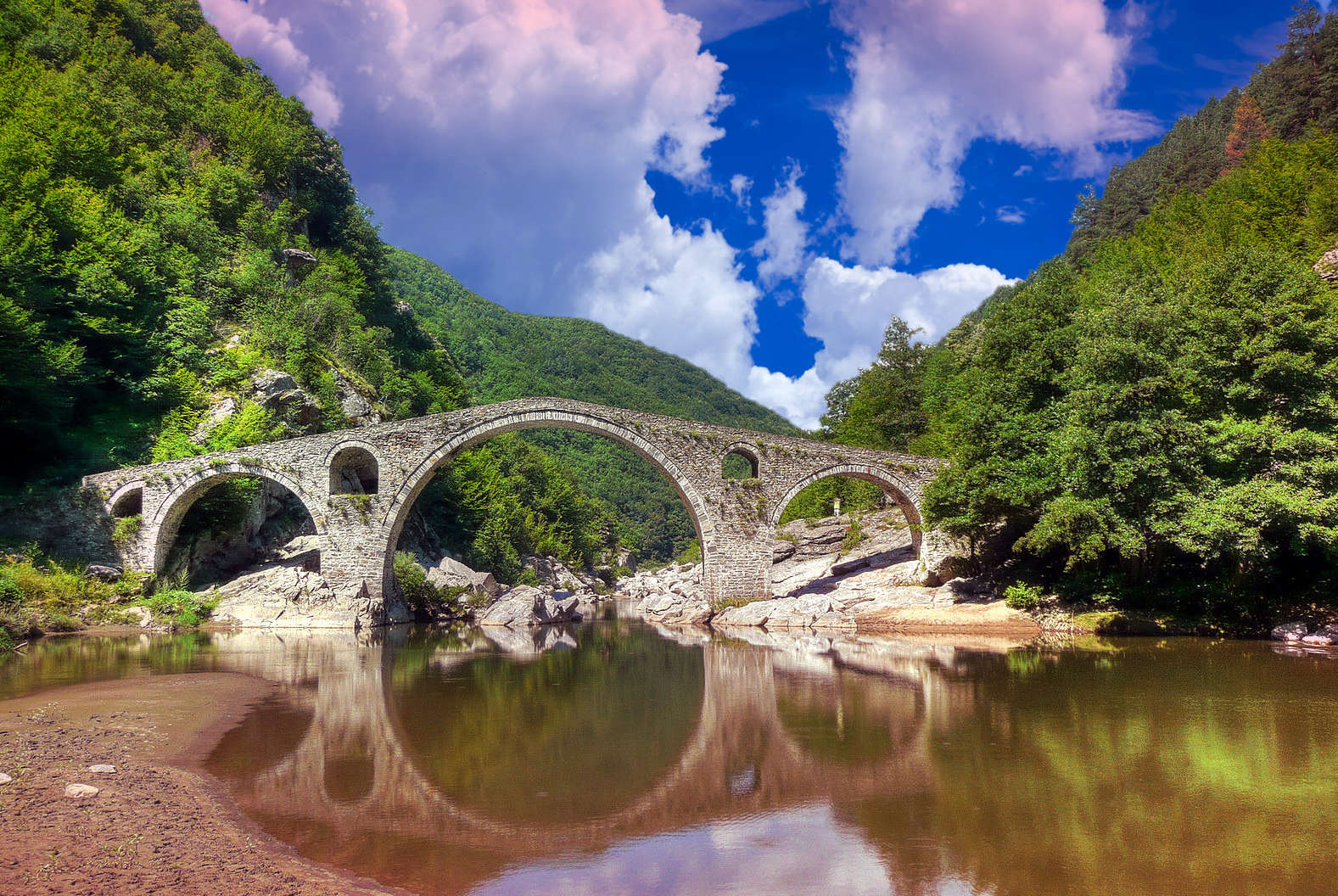 Devil’s Bridge is located at a picturesque gorge, 10 km away from the town of Ardino and connects the two banks of Arda River.

The legend has it that during the Ottoman Empire one of the soldiers fell in love with a beautiful Bulgarian girl. In order not to make her part of the harem, she ran to the mountain and reached the bridge over Arda with the intention of jumping from it.

The Ottomans raced after her, but when they reached the bridge, they stopped in horror. In the river, under the central arch of the bridge, they saw a devil’s reflection. Horrified they ran away and the girl saved her life.

The locals explain the strength of the bridge with another legend that the shadow of a young bride is built into it. She brought food to the master who made it – Usta Dimiter from the town of Nedelino. The master built the shadow of the girl to keep the bridge strong for centuries, and soon after the end of construction the girl died. There is another mystery surrounding the Devil’s Bridge. On one of the key stones in the central vault, archeologists found an engraved seal of King Solomon. This leads them to suggest that there is a connection between the bridge and the sanctuaries in the Rhodopes.

Locals are saing saying for centuries that the bridge is the most dangerous place in the Rhodope Mountains after sunset. According to legends the devil’s footprint is visible in the rocks nearby. Nowadays the reflection of the devil could be seen in the water in sunny weather.