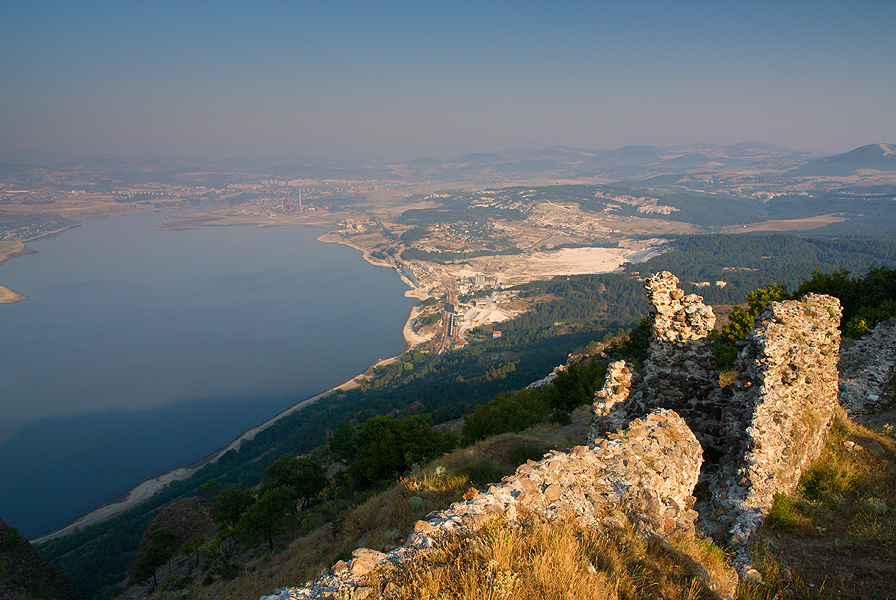 The Monyak Fortress (also known as Mneakos, Mniyak) is in the Rhodope Mountain, 11 km east of the city Kardzhali near the village of Shiroko Pole, and is 586 meters above sea level. It was built during the 12th and 13th centuries. It is one of the highest and larges Medieval fortresses in the Rhodopes, with a protected walled area of 50 hectares. It is difficult to reach the fortress because the terrain is steep, at times almost vertical.

The fortress played an important strategic role, since it guarded the entrance to the Zhelezna Vrata (Iron Gates) Pass and so provided protection for the village beneath near the Saint John the Precursor Monastery, located in what is now the city of Kardzhali.

In 1206, the fortress was besieged by the knights of the Fourth Crusade. It was at this fortress that Henry was crowned the second and last Holy Roman Emperor, after his brother Baldwin of Flanders died.

Immediately upon reaching the fortress, visitors are greeted with an unbelievable view of the reservoir below, as well as.the village of Studen Kladenets and the city of Kardzhali.