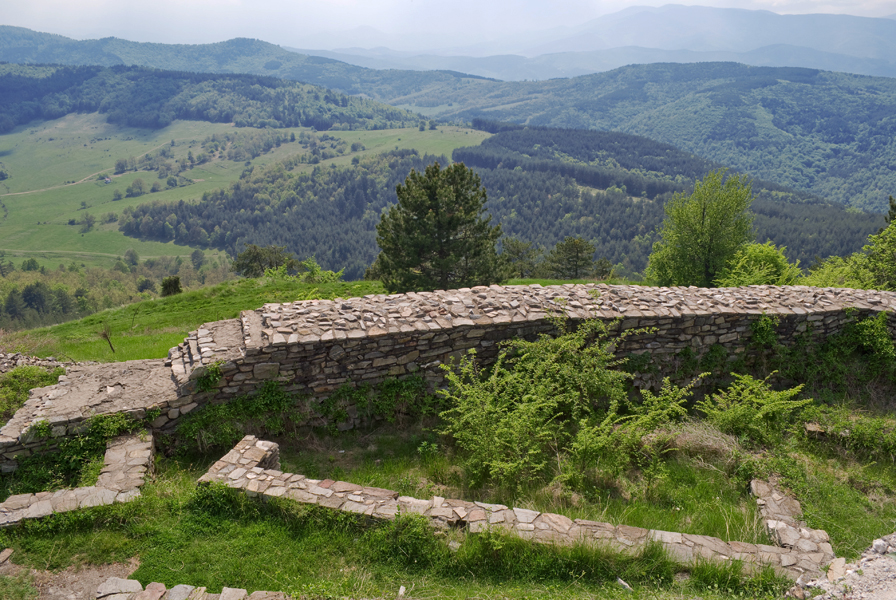 The Tsepina Fortress is situated a few kilometers north-west of the Rhodope village of Dorkovo. The fortress is one of the most often visited historical landmarks in this section of the Rhodope mountain. It is situated on a cone-shaped hill, 1,136 meters above the sea level.

Remains of a Thracian sanctuary, the foundations of a number of churches, water storages, a basilica, residential buildings and a necropolis were found here during archaeological research. In its present look, the fortress was built between the 11th and the 13th century. The Russian scientist, specialist in Byzantine history, researched the fortress in as early as 1979 and found a unique marble relief of the apostles Peter and Paul. Presently, the valuable artifact is preserved in the Hermitage in Sankt Petersburg.

According to historical sources, this area was a residence of Despot Alexius Slav, a nephew of Tsar Kaloyan (reigned 1197 – 1207). He was a ruler of the Rhodope area in the 13th century, and during his time the mountain was called Slavievi Gori.

A legend says that the Despot married Isabel, the daughter of the Latin Emperor Henrich. After the wedding, Alexius Slav took his wife in the fortress, and when she saw the high peaks and the dark forests, the exclaimed in French: “Oh, my God, my grave will probably be here!” The mother of Slav, Tamara, did not understand the words of her daughter-in-law, but she decided that this was a blessing and exclaimed in response: “Amen, let be it!” Soon after that the young woman got sick and died. She asked to be buried on the nearby peak, so that in the morning, when the sun rises, her grave would be lit up. Soon after that Alexius Slav moved its residence in Melnik.

The Tsepina Hut is situated in close proximity to the fortress.