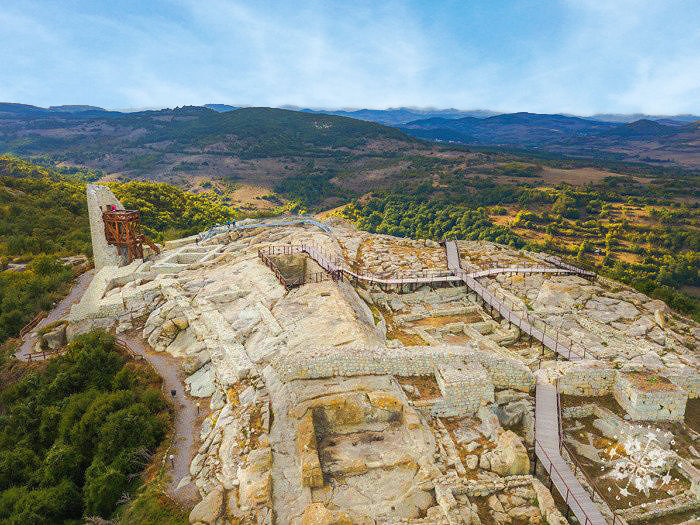 Perperikon is a mountain massif, sacred rock city, capital and a fortress with a king palace, in which every inch of rock surface is worked by human hand.

This sanctuary is located in the Eastern Rhodopes and rises on a rocky peak at 470 meters. Visitors enter a mystical world, heading to the rock city, touching ancient civilizations that have left their mark on the hilly slopes. The energy of the place is difficult to illustrate in words. Perperikon is a symbol of spirituality, culture, ancient history and much mystic.

The legend has it that two fateful prophecies were made from the altar of Perperikon. The first foretold the great conquest and glory of Alexander the Great, and the second foretold the rule of the first Roman emperor Gaius Julius Caesar Octavian August.