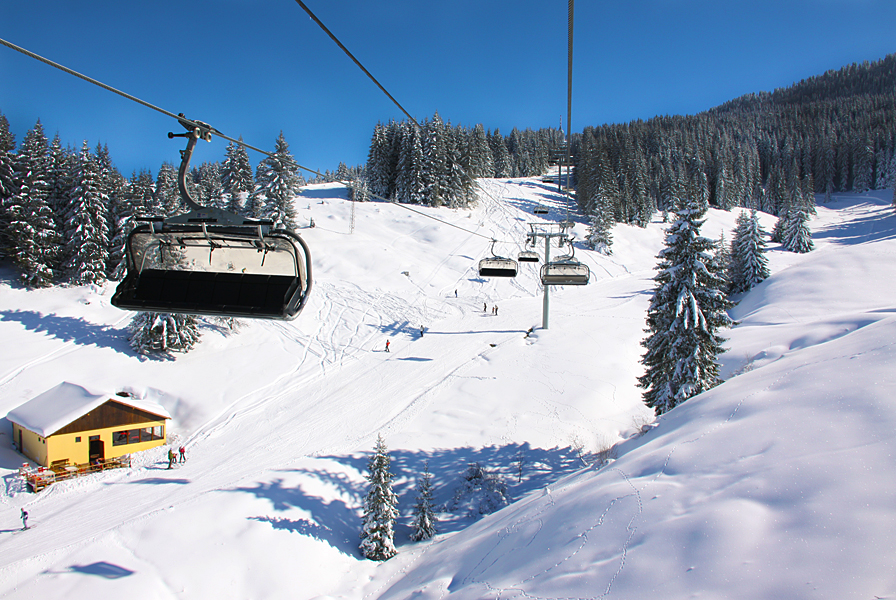 The winter resort Pamporovo is situated at the foot of Snezhanka peak (1926 meters) in the Rhodope mountain, at a distance of 260 km from Sofia, 85 km from Plovdiv and 16 km from Smolyan. The resort is situated on an elevation of 1650 meters above the sea level. The average yearly temperature is 5.5 degrees Celsius. Pamporovo has existed as a resort since the 1960s.

Almost all ski tracks in the resort start from Snezhanka peak, as their elevation varies from 1930 to 1444 meters above the sea level. There are 37 kilometers of ski tracks in Pamporovo, the longest of which is 5.1 km, and the maximum displacement is 476 meters. The ski tracks are of various difficulty level – there are tracks for advanced skiers, as well as for beginners. 9 tow-lifts and 6 ski lifts are available for the tourists.

The ski tracks in the resort can be also used by snowboarders. There is a half-pipe structure, as well as multiple options for downhill skiing along a rough terrain. There are also ski racing tracks with length of 25 km in Pamporovo. There are multiple places suitable for sledging in the ski zone. Night lighting from 28 spotlights is provided on Snezhanka No 2 track, which is 1176 meters long, 60 meters wide, and its displacement is 283 meters, for admirers of the extreme downhill racing. Mountains crossing with motor sledges are offered.

A few ski schools for children and adults, as well as kindergarten for children from 4 to 7 years old, function in Pamporovo. The sportspeople who do not possess their own ski equipment can hire it from the rental shops in the resort.

Although it is mostly known as a winter destination, Pamporovo has a lot to offer to the tourists who decide to visit it during the summer. There are a lot of ecological paths suitable for walk tours in the region of the Rhodope mountain. The Trigradsko Zhdrelo is a preferable place for the admirers of rock climbing. The Dyavolska Cave and the Yagodinska Cave are situated in the region. They are some of the most attractive caves in Bulgaria. From Pamporovo there is a marked route to the village of Shiroka Laka, which is very suitable for bikers. The rivers and the dams in the Rhodope mountain offer good possibilities for sport fishing, and the admirers of nature can also get to know it by mean horse riding. The region around the resort is very attractive for herbgatherers and mushroom-gatherers because interesting plants grow there.

Pamporovo is situated in a region with a lot of history. The towns of Chepelare and Smolyan are situated nearby, as well as the picturesque villages of Shiroka Laka, Stoykite, Gela, Smilyan, Arda, which are very attractive because they have preserved the traditions and the hospitality of the local people. Tours to the historical landmarks in the region and other destinations are offered.

Various categories of accommodation places function in Pamporovo – luxurious hotels, family hotels and apartment hotels. The visitors can taste traditional Rhodopean dishes, as well as European cuisine in the restaurants and the inns in the resort. Night life is also diverse – there are a lot of discotheques, bars, bowling halls, etc. There are SPA centers in the large hotels, which offer various procedures.