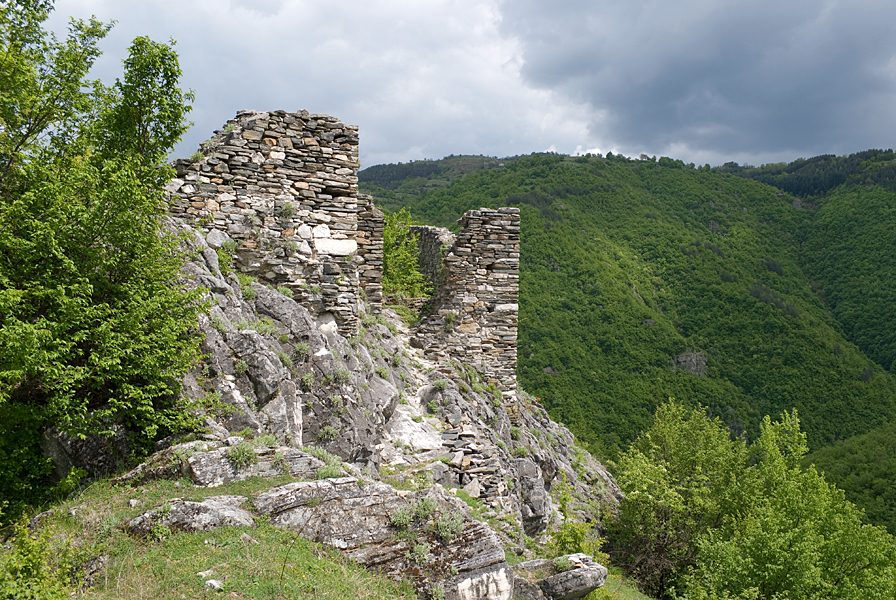 Krivus is a medieval Bulgarian fortress, built in the 10th century. It is situated in the southern part of the Rhodope mountain, about 2 km northwest from the village of Bashevo, county of Kardzhali. It is situated on a high hill, surrounded by the waters of the Arda river.

It is peculiar that the fortress had been collecting water through an underground tunnel, which had been reaching the river.

An old church had also existed here once. It was situated in the central part of the fortification, but only ruins have remained.

Old coins and ancient Christian symbols and arms were found during archaeological excavations and research of the fortress.