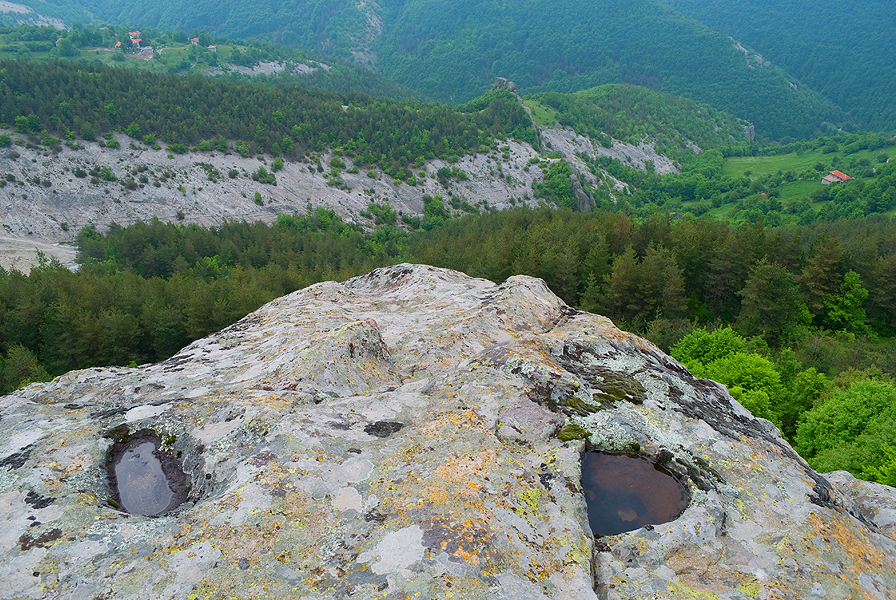 The natural landmark Belintash was declared by Order No RD-1464/12 December 2003 of the MEW in order to preserve a unique rock formation. It is located in the Rhodope mountain, near the village of Sini Vrah. The total area of the natural landmark is 2.3 hectares.

It is a plateau rock formation, 750 meters long, from 30 to 50 meters wide and about 50 meters high. It was formed from volcanic-sedimentary rocks (volcanic tuffs). The name of the place means White Stone. Picturesque shapes were formed as a result of the specific weathering of the rock.

It is believed that an ancient Thracian sanctuary of god Sabaziy – the god of the Thracian tribe Besi – existed there. In the upper part of the rock massive are carved two wells with many drains starting for them, which are filled with water. These aren’t the only remains of the ancient Thracian sanctuary. Belintash is one of the many Thracian megalithic monuments in the Rhodope mountain.

The natural landmark is managed and guarded by Asenovgrad municipality and the State forestry in Asenovgrad, under the control of RIEW – Plovdiv.