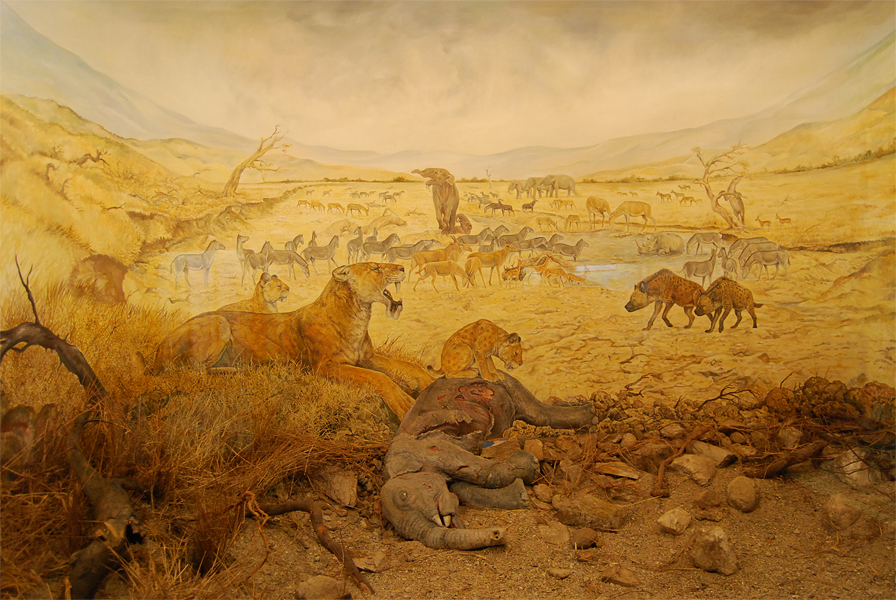 The Paleontological Museum in Asenovgrad is one of the most interesting museums in the country. It was established in1990 as a branch of the National Natural Science Museum in Sofia. A large part of its exposition exists owing to the work of the biology Dimitar Kovachev, who had collected the articles years before the museum was officially established.

The museum expositions begin on the second floor of the building. The first part of the collection is dedicated to spineless organisms and their remains. The collection presents fossils of unicellular to two-layer organisms (corals and colonial corals), three-layer animals (snails), etc. The next exposition presents various species of spineless animals which had inhabited the Rhodope region in the past. Here visitors can see a picture presenting the animal species millions of years ago. Rhinoceroses, giraffes and gazelles can be seen on it, which gives information about the climate during this period and the diverse animal species. More than 8 million years ago these were the natural inhabitants of this territory, and the remains of bones and fossils in the museum, found during the multiple expeditions, prove it.

There are also other interesting illustrations in the museum, recreating the live in the past ages.

The museum in Asenovgrad stores a fossil of the monkey Mesopitikus Delsoni, which is one of the best preserved in the world. In 2003 the founder of this species – the American professor Delson, after whom the monkey was named, declared when visiting the Paleontology Museum that he had never seen a better preserved representative.

There are remains of mastodons, gazelles, antelopes, three-fingered Hipparion horses, etc. in the Museum.

The remains of proboscis animals are presented on the first floor. The most interesting exponent for the museum visitors is also placed here – Deinotherium Giganteum Kaup. This is a huge proboscis animal which had inhabited the swamp areas 8 million years ago, and it had weighed more than 12 tones. The find is unique of its kind, because there are only five similar preserved skeletons in the entire world. The skeleton was dug by the village of Ezerovo in 1967. The Bulgarian exponent is considered unique, because it contains the largest number of bones of one animal. Due to its uniqueness the original of the exponent is kept in the National Natural Science Museum. The skeleton is presented in a hall having the dimensions of a volleyball field.