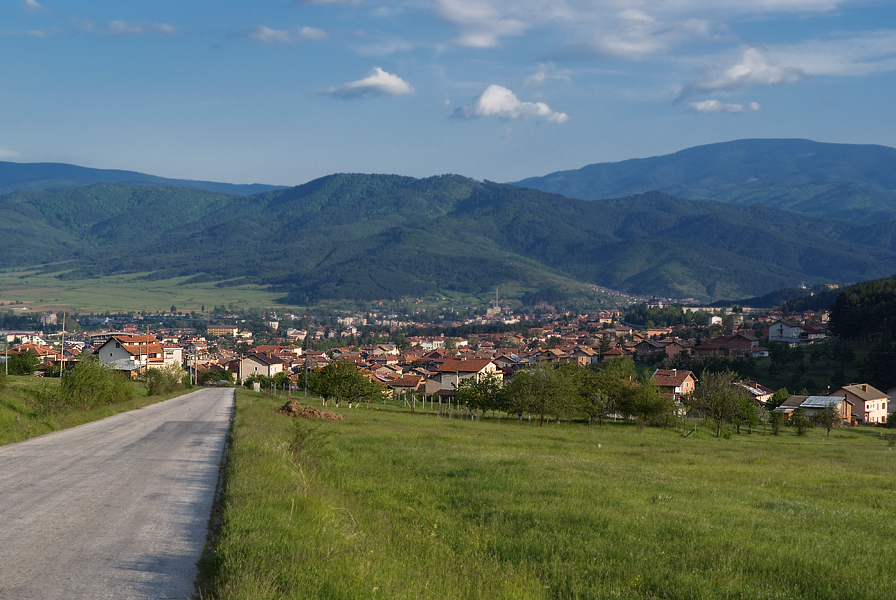 Velingrad is located 130 km from Sofia, and 80 km from Plovdiv in the western part of the Rhodope mountain. Beautiful nature and deposits of mineral waters make Velingrad one of the leading “balneological” resorts in the Balkans.

The Chepino region became a part of the Bulgarian state as early as the First Bulgarian Kingdom.

The Tsepina Fortress, and also the entire region fell under the Ottoman power in 1371 – 1373.

The Tsepina Fortress is a monument of culture with national significance. It was built on a rocky hill with elevation of 1136 m, and during the Middle Ages the fortress was a political and administrative center. Recently the foundations of the fortress walls, the foundation of the church and four water reservoirs were renovated. There is an exposition of the finds, discovered upon its archaeological surveys in the foot of Tsepina.

Workshops and enterprises for wood material processing were established in the region around Velingrad after the Liberation from the Ottoman Empire in 1878.

Velingrad is also famous for the largest karst spring in Bulgaria, called Kleptuza. Its output is from 600 to 1200 l/sec, and supplies two ponds with a separated resting area with water wheels on the side.

The average annual air temperature in the resort is + 9.3°С with average January and July temperatures at + 1.8°С and + 18.7°С, respectively.

The mineral water and the procedures which are offered in Velingrad have favorable influence upon the locomotory system,, neurological disorders, hypertonia, gynecological problems, renal and urological, respiratory and stomach, and intestinal illnesses.

During the mass forceful conversion to Mohammedanism (Islam) of the Bulgarians in the region in the second half of the 17th century, many people had escaped and had hidden in the forests, in order to keep their Christian faith. After that most of them had settled in the residential section of Kamenitsa, where they had built the temple “St. Trinity”. Secretly a dug out was excavated, it was turned into a chapel and liturgies were performed there. In 1933 began the painting of the temple, which continued for nine years. In 1965 the church was reconstructed. The church takes 211 square m. built up area; the building is massive, and the walls are constructed of stone with thickness of 0.80 m.

Another interesting place in Velingrad is the History Museum. In it one can see one of the richest expositions of painted Easter eggs in Bulgaria.

The only deposit in Bulgaria of the plant Spiraea salicifolia L is situated in the region of Tazhnika near the river Dospat. In June-July the plant blooms with pink-red grape racemes; on the inside its branches are hollow. It was used for the production of pipes. The plant is included in the Red Book of Bulgaria (a list of endangered, disappearing and extinct biological species found in the territory of Bulgaria).

There are many natural landmarks in Velingrad and around it. At a distance of 35 km from the town, near the village of Pobit Kamak is situated a rock formation with the same name. The form of the coarse-grain granite resembles the Russian dolls.

The Yundola resort is situated 16 km from Velingrad. It is an appropriate place for winter, as well as summer tourism. The Lepenitsa cave is also situated 13 km south-west of Velingrad. The cave is 1525 long and it has two-storey galleries, underground river and lakes. For the visitors, it is interesting to see the variety of stalactites, stalagmites, columns, and stone curtains, which reflect in the crystal-clear water of the lake. One thing among the richness of the cave is the cave pearls, and the cave craters are a unique find in Bulgaria.

At the sanctuary at the mount of Ostrets (1369 m above the sea level) are found multiple remains of the clay pots, dating back to the late iron age (6th – 1st century BC).

The narrow-gauge railway line Septemvri – Dobrinishte passes through Velingrad. Transportation of goods was also performed along it in the past, but nowadays it is only intended for transportation of passengers.

In Velingrad there are more than 40 hotels and holiday homes, 2 sanatoriums, 140 catering and entertainment establishments. The public mineral baths are modernized, and 22 open and covered mineral swimming pools are built.

The Sarnitsa dam is also located in the territory of the municipality of Velingrad, and there are also other dams nearby – Belmeken, Batak, Beglika which are a favorite destination not only to fishermen, but also to enthusiasts of mountain tourism. There are also other mountain resorts nearby – Tsigov Chark, Sports Complex Belmeken, etc.

You can receive more information about the town, its landmarks and accommodation places in the Information Center for Small and Middle-Sized Business, which is situated on Svoboda Square.