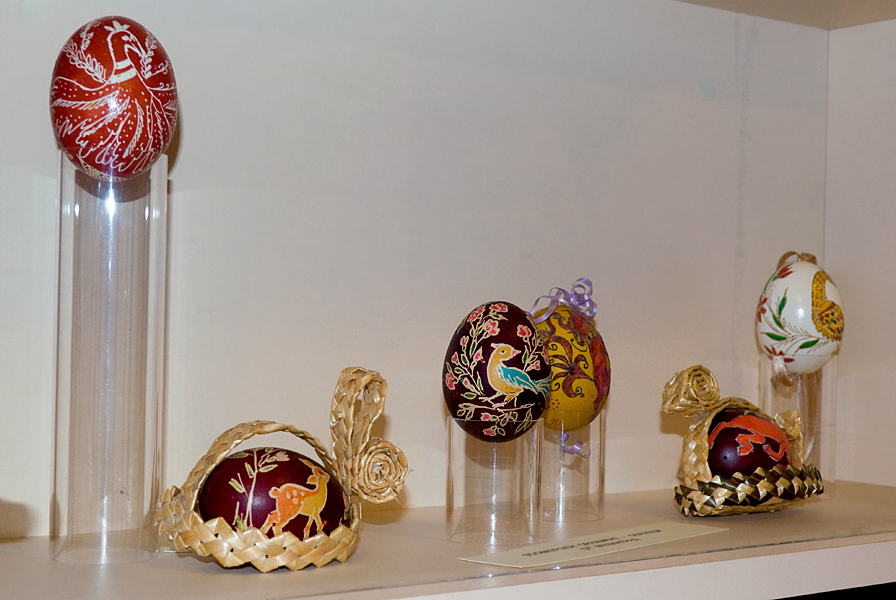 The Velingrad History Museum was founded in 1952. It is located in Kamenitsa Housing Estate, right next to the Holy Trinity Church. One central place of interest there is the house where partisan Vela Peeva (1922 – 1944) was born. The museum has been named after her for almost half a century now.

There are three permanent exhibitions displayed at the museum: the Vela Peeva memorial exhibition, the Mountain – a Hospitable Home ethnographical exhibition, and the Painted Easter Eggs exhibition.

The Velingrad History Museum has the biggest collection of painted Easter Eggs in Bulgaria. It demonstrates the tradition to decorate Easter eggs by using pen and wax which is typical technique in the Chepino Region. In addition to eggs from the Velingrad Region the collection also includes painted eggs from other regions of Bulgaria, Central and Eastern Europe. Every year on the eve of Easter the museum sets up exhibitions of painted Easter eggs, demonstrations of the traditional wax decoration techniques, workshops, and a contest for painted eggs.

The Vela Peeva exhibition tells about the life of the Bulgarian partisan who died in 1944 as a member of the Resistance against the then ruling government and its pro-German policies during the Second World War. The exhibition follows events that took place before and during the Second World War. In 1948 the three villages of Kamenitsa, Ladzhene and Chepino merged into one and the newly-established town was named after the partisan – Velingrad.

The most recent exhibition of the museum is dedicated to opera singer Nikolay Gyaurov (1929 – 2004) who was born in Velingrad. After his death in 2004 his family donated personal belongings, photographs and documents of the world famous opera singer. The exhibits include original costumes from productions staged in La Scala Opera House in Milan, a coin die depicting Gyaurov minted in Austria, musical scores, gramophone records of his performances, etc. This exhibition is a “travelling” one and it often visits different Bulgarian and foreign museums.

The oldest functioning mineral baths in Bulgaria built in 1750 – 1751 are represented by stone inscriptions and photographs.

The Velingrad Region has centuries-old traditions in logging as well: the exhibition includes models and examples of old water equipment such as cogwheels and fulling-mills.

Every year the Velingrad Days of Culture and the different anniversaries of Vela Peeva and opera singer Nikolay Gyaurov are celebrated at the museum.

Information materials and souvenirs are sold at a stand in the museum.

A studio for wax decoration of Easter eggs is open at the museum all year round.