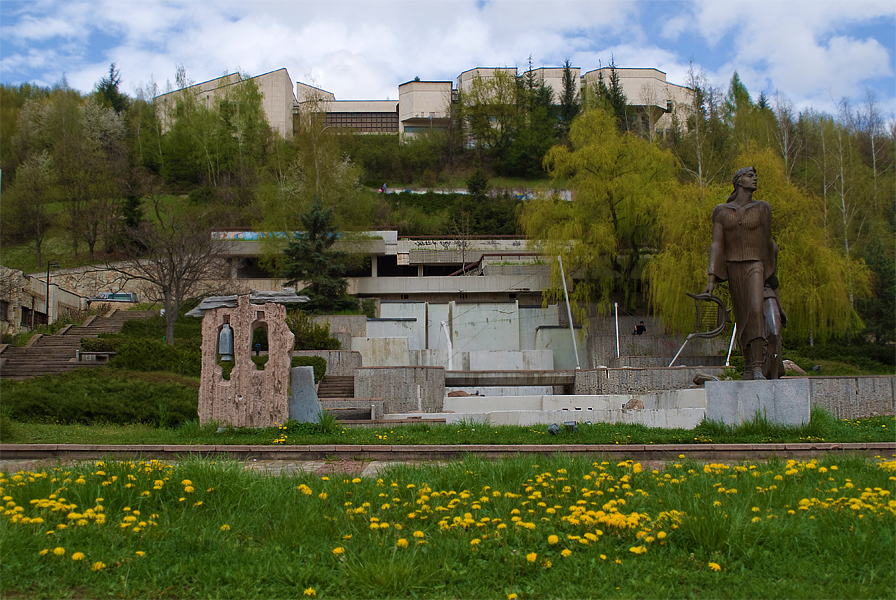 The Smolyan Regional Historical Museum was founded in 1935 by the community leader Stoyu Nedelchev Nikolov (1865-1937) – a famous folklorist, ethnographer, and author of many essays on the daily life, traditions, and culture of the Rhodope region. Today the museum, which bears his name, is the largest museum in the Central Rhodopes. The museum is located in the city center, and houses a collection of some 150,000 items related to the history, daily life, and culture of Rhodope inhabitants.

The museum’s permanent exhibit – Cultural and Historical Treasures of the Rhodopes from Antiquity to the Present – is divided into a number of sections devoted to the region’s history, daily life, handicrafts, architecture, and other matters. A tour of the museum begins with an exhibit of Rhodope musical instruments used to accompany folk dances and long-haired rugs woven from long woolen strands. In the hall dedicated to prehistoric times, visitors can view artifacts unearthed during the archeological excavations of Rhodope caves. On display from the Yagodina Cave are earthenware pots and plates, spindle feeds for weaving, and other objects. Some of the objects found in this cave date from the Neolithic Age.

One of the valuable finds on display in the museum, found in the village of Mogilitsa, is a mold for bronze objects dating from the 14th-13th centuries BCE. Other exhibits in the museum attest to the presence of Thracians in the Rhodopes. Excavation of burial mounds and sanctuaries has uncovered a large number of earthenware plates, decorative objects, spears, arrows, and swords. A bronze helmet was found in the village of Beden from the 4th-3rd century BCE, and is representative of the armor used at the time. Another interesting item is a bronze lamp from the village of Hvoyna that is in the shape of a deer’s head.

There are also decorative objects discovered in a necropolis from the Middle Ages that closely resemble objects found in necropolises near cities such as Pliska and Preslav.

The museum has an exhibit of traditional Rhodope clothing from the 19th and early part of the 20th centuries, allowing visitors to observe the daily dress worn by men and women of the region. On display in the Hall of Ritual Interiors are objects associated with traditional Rhodope weddings. These include ornaments worn by men, different kinds of bread offered at the ceremonies, wedding costumes, and the like.

The ethnographic exhibit also includes a collection of wooden objects fashioned by shepherds. Of particular interest are the shepherds’ wooden crooks and staffs.

Among the variety of obhects in display are traditional handicrafts from the Cnetral Rhodopes – forged metal objects, copper-work, and weaving. Elements characteristic of a Rhodope household are also richly documented by the museum’s collection of photographs.

The costumes worn by those assuming the role of “Kukeri” (Bulgarian mythical creatures) are of particular interest. In the Tradition and Modernity Hall there are objects associated with Easter Saint George’s Day, The Baba Marta (Granny Marta) Spring Holiday, and other observances, along with such traditional Bulgarian musical instruments as gaydas, tamburas, kavals, and others. The museum often hosts temporary exhibits and expositions.

Information about the museum and souvenirs may be purchased on the premises.