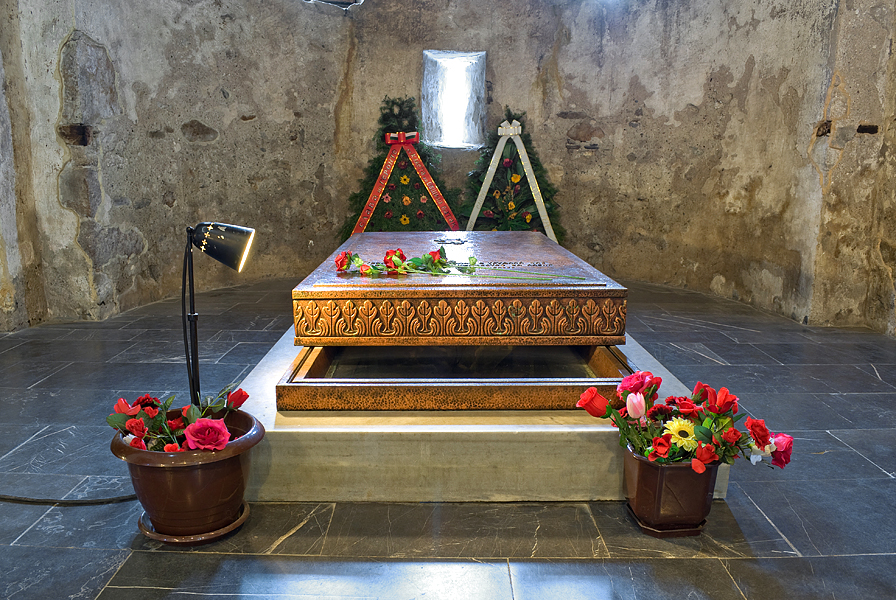 The History Museum in Batak was established in 1956. The museum complex covers the museum building, the historical ossuary church “St. Nedelya” and the Balinova and Sharova houses.

The town of Batak is located in the Rhodope Mountain, 150 kilometers southeast of Sofia and 35 kilometers south of the town of Pazardzhik. The history of the town is inextricably linked to the uprising against Ottoman rule in April 1876. The suppression of the uprising took thousands of victims among the Bulgarians. Batak and its inhabitants were those, who suffered the most in the whole country. Thousands of people were killed by the Ottoman Turks here, regardless of their sex and age, and the global response after the events in Batak gave Russia grounds to intervene and declare war on the Ottoman Empire.

One of the symbols of Batak is the historical ossuary church “St. Nedelya”. The church was built in 1813; it was made completely of stone and it was dug several feet into the ground. The temple remained in the Bulgarian history after the April Uprising of 1876, when a large part of the population in Batak hid inside it, trying to escape the Turks Bashibozouks (hired army of the Ottoman Empire). For three days and three nights over 2,000 people stayed in the church. Even nowadays, tourists visiting Batak can see the well, which the mothers dug with bare hands, trying to find water for their children. Batak was burned to the ground during the April Uprising, only the stone church “Sveta Nedelya” remained. It hasn’t been used for worship since then. In April 2011 the Bulgarian Orthodox church canonized the martyrs from Batak, whose memory will be honored every year on 17 May, and the church will again become a working temple.

The ossuary church was declared a historical monument of national importance by issue 52 of the State Gazette in 1977.

The building of the history museum is situated opposite to the temple. It keeps many authentic items and documentary materials from the April Uprising and the war between Russia and Turkey (1877 – 1878). Finds from archaeological excavations in the area are also exhibited in the museum.

The ethnographic exposition, located in the Balinova House, tells us more about the lifestyle, culture, livelihood and customs of the local population in the end of the 19th and the beginning of the 20th century. This house is a model of the traditional Batak architecture. The traditional house in Batak had white walls, but the Balinova House is one of the few houses in the town, the walls of which are decorated. An exposition is presented in the inner yard of the house, dedicated to wood processing and forestry, which were the main means of livelihood of the local people in the past. The last preserved outdoor furnace can be seen in the yard of the house. An exposition, showing the interior of the living rooms at those times, is placed on the second floor of the Balinova House.

In Sharovata House, which is also part of the museum complex, is located in the museum gallery Boris Sharov. The house, however, has inconstant working hours and is open only for presenting exhibitions.

Visitors can buy informational materials, various souvenirs, postcards, etc, at the sites of the History Museum.