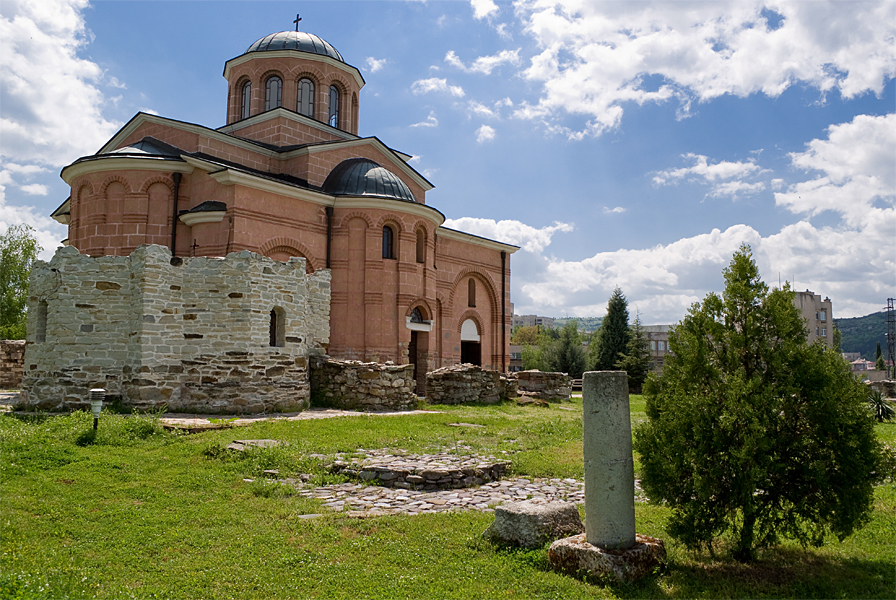 The monastery complex St. Yoan Predtecha (St. John the Precursor) is a Bulgarian orthodox monastery, located on the right shore of Arda river in the town of Kardzhali (Veselchane residential section). It used to be a part of the medieval Episcopal complex St. Yoan Prodrom (St. John Prodrome. It was established in the 6th – 7th century AD. Based on the archaeological excavations it is evident that four consecutively built churches exist. Their style of building is typically Byzantine with a strong Athos influence. The monastery used to be a spiritual center of one of the largest medieval dioceses – Ahridos.

Ruins of the monastery were found in the 1930s by local admirers of the historical past. For many years the ruins remained unexplored until 1962, when other sections of the monastery were discovered. Complete archaeological exploration had been performed in the period of 1980 – 1984. The restoration took place from 1998 to 2000.

The historical records and the preserved remains of constructions give rise to the claims that it had become an Episcopal center in the end of the 9th and in the beginning of the 10th century, and later – a metropolitan center. Evidence of this is the unique artifacts found in the temple and near it – five brick tombs. One of the tombs, located in the church, had been hermetically sealed. After it was carefully unsealed, relics of a senior Christian cleric from the end of the 11th and the beginning of the 12th century were found.

Furthermore, in the grave many things were found- a completely preserved stole (canonicals), a golden fabric with an unusual decoration and holy remains, sewn into a linen cross. Such findings are preserved in only four places in the whole world. This proves the importance of Kardzhali as a medieval Christian center. The stole is believed to be extremely expensive, made in Constantinople.

In 2000, the newly restored church of the monastery was sanctified.

Due to the high artistic and architectural value, the remains of the medieval monastery and church St Yoan Prodrom were declared culture monuments of national importance in issue 67 of the State Gazette in 1968. Most of the finds, discovered during explorations of the monastery, can be seen in the Regional Historical Museum of Kardzhali.