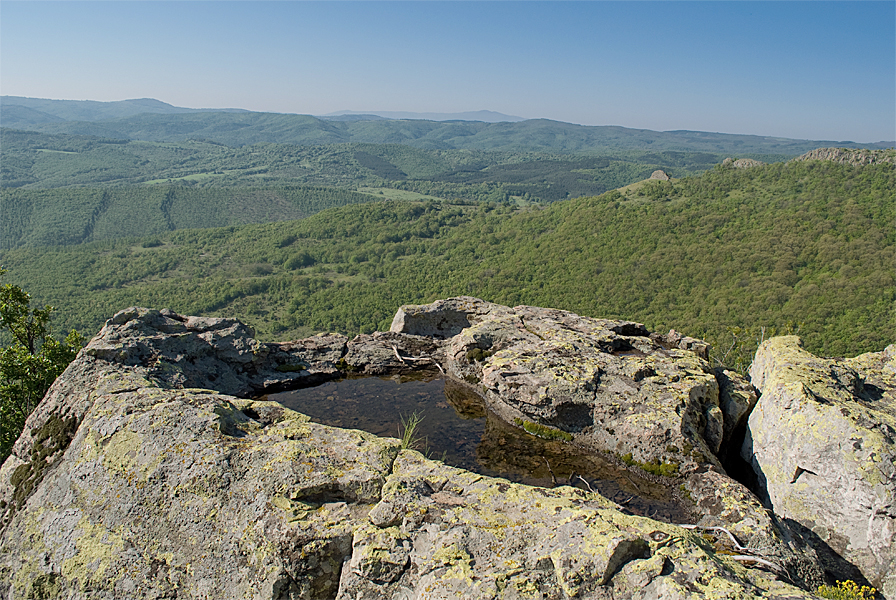 The Thracian Cult Complex of Hisarya is situated on the top of the Hisarya hill in the eastern Rhodope mountain, by the village of Senoklas. The village lies 15 km southeast of the town of Madzharovo. The Archaeological Complex includes a Thracian cult center with a rock sanctuary, rock niches, rarely seen rock suns and the ruins of a large Thracian and medieval fortress. The chapel “St. Cyril and St. Methodius” is situated in close proximity to it, where every year on 24 May is conducted a local gathering of the people from the nearby villages.

The fortress is situated on a flat platform, surrounded on the three sides by vertical rocks. The entrance is at the only accessible place – on the west. In some places the fortified wall is preserved in height of up to two meters. Signs of buildings are present in the internal part of the fortress. The open rock niches with trapezoidal shape on the northeast vertical rocks, as well as the fragments of clay pots of the Thracian Age (first millennium BC), the early Byzantine Age (4th – 6th century AD) and the Middle Ages found during excavation works, provide information about various periods of settlement in the fortress and the region around it.

It is thought that the fortification was a part of a system of fortresses in the Eastern Rhodope Mountain. There is good visibility from here to the medieval fortresses of Menekenski Rocks, Lyutitsa and St. Marina hill.