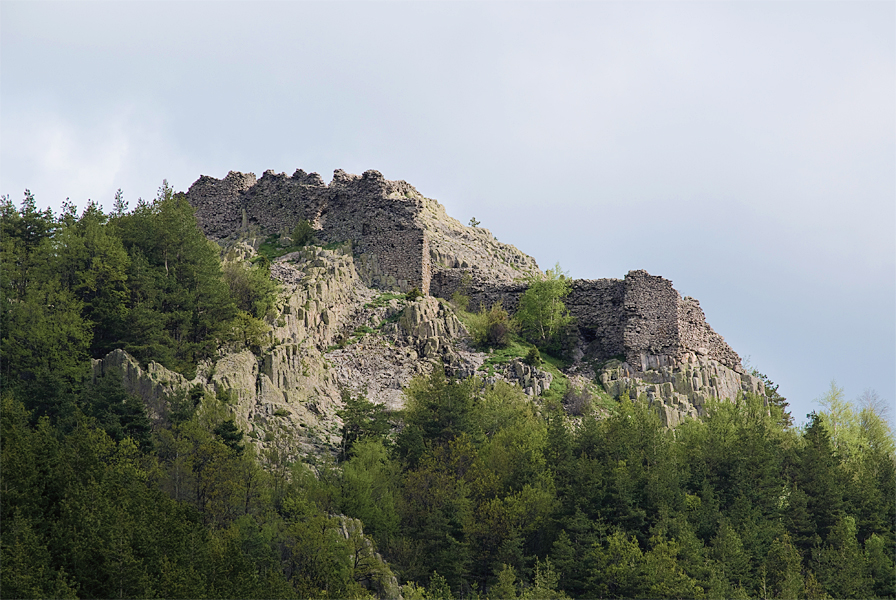 The Ustra fortress, situated near the village of Ustra, is one of the highest strongholds in the Rhodope mountain. It was built on a high peak, 1,114 meters above sea level.

The length of the fortress wall is 113 meters, and its total area is 1,286 square meters. It is surrounded from the north and northwest by high cliffs. The wall is preserved quite well at some places – its height reaches 8 meters. The fortress was built of stone blocks. Three of the towers are preserved to the present day – one of them is semicircular, the other two are of rectangular shape. The towers have three floors, with internal stone staircases. The fortress entrance is from the east. There are eight three-story buildings in the south and the south-east parts of the fortress.

The fortress was examined during the period 1971 – 1973. The discovered exhibits show that the fort was built in approximately the 10th century in order to protect an important trade route, which passed nearby.