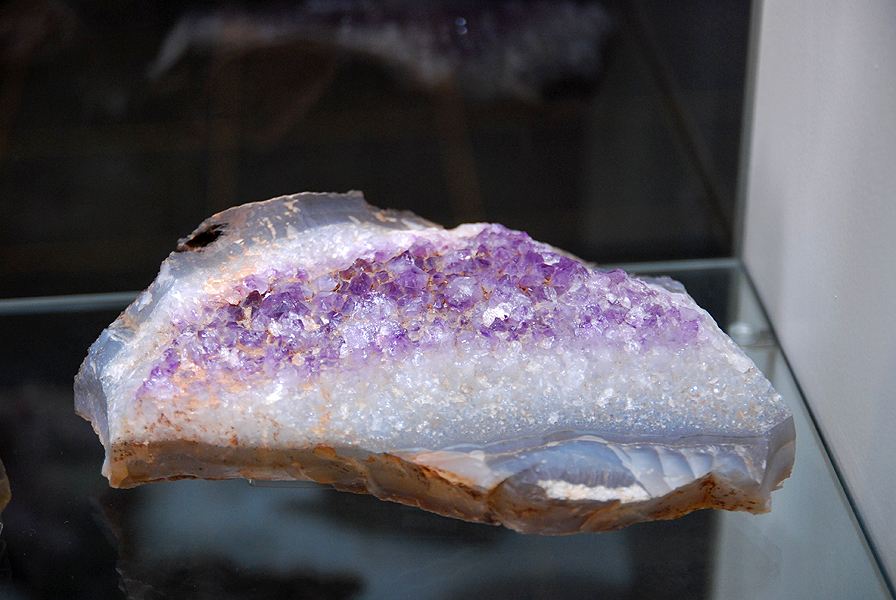 The museum of the Rhodopean Karst in Chepelare exists from 1980. This is the only museum of this kind on the Balkan Peninsula.

The exposition begins with the Geology section. Beautiful minerals typical for the caves are shown in a number of windows. A part of the collection consists of minerals which can be found on the surface of the earth, but they are very typical for the Rhodope region – agate, corundum and other precious stones and semiprecious stones.

The spelaeology museum possesses a rich collection of various types of rock and cave formations.

The biospelaeology and cave paleontology sections are two of the most interesting sections for the visitors. Animal species which live in the caves are presented in the biospelaeology section. For the Bulgarian caves these are basically spineless animals – spiders, grasshoppers, small crabs, centipedes, beetles. One of the most interesting species is the beetle Svetlomrazets (Light Hater), which dies when getting into the light.

The animals which have inhabited the caves are presented in the paleontology exposition. Many bones of cave bear are found in the Rhodopean caves. The visitors of the Paleontology Museum can see an entirely restored skeleton of a cave bear. The bear was a massive mammal which could reach up to 4.5 meters when standing on its back feet. The animal had vanished after the last Glacial Period on Earth.

Another peculiar detail which the visitors will learn is that the caves in the region were also inhabited by cave leopards in the past. In the museum you can see a part of the lower jaw of a leopard, which is the oldest bone of such an animal, found in entire Europe. In the museum there are also remains of rhinoceros, which thousands of years ago had inhabited the territory of contemporary Bulgaria.

The last collection in the museum is dedicated to the people who had inhabited the caves thousands of years ago. Most of the oldest exponents in the museum are from the Yagodinska cave and are 6000 years old.

Information materials and postcards can be bought in the museum.