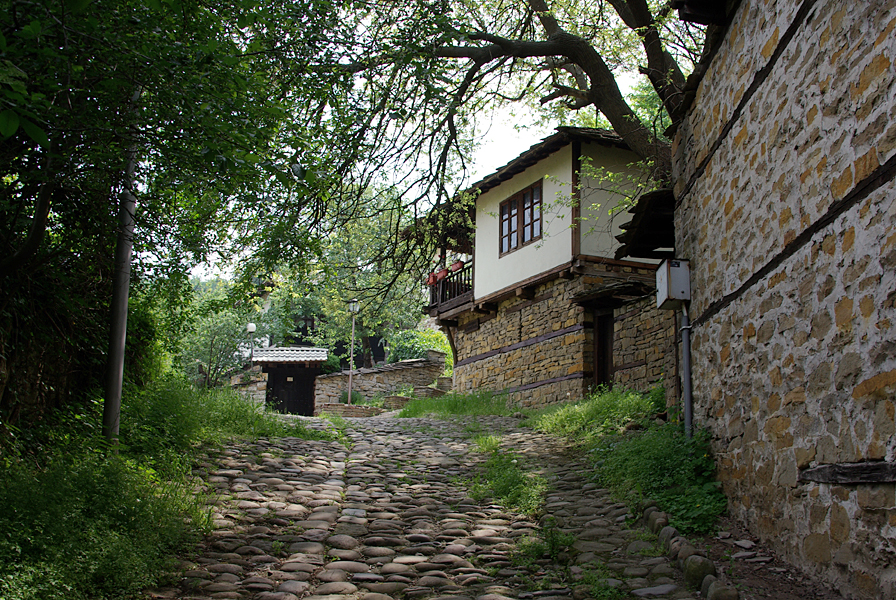 The architectural and historical reserve Varosha covers the entire old part of the town of Lovech along the right bank of the river Osam. Part of Varosha are also series of buildings on the left bank of the river – near the Covered Bridge and the Staratesh park.

The old residential section of Lovech – Varosha, was declared an architectural and historical reserve in 1968.

The basic part of the architectural legacy of the region is related to the construction during the Revival, mainly in the period from the beginning of the 19th century to the 1970s.

The streets of Varosha are narrow, meandering, and sometimes unexpectedly in front of them appears a wall or an entrance door. The houses in the area are small, as in most cases they are surrounded by high stone fences. The yards are arranged in levels, where ivy, wild geranium, lilac and roses are planted.

The houses built in the period 1850 – 1870 were the best representatives of the Varosha architecture. Typical for them is that they do not include workshops because the entire craftsmen activity is concentrated on the commercial street and the Covered Bridge.

200 historical and architectural monuments of local and national significance are located on the territory of the architectural and historical reserve Varosha. Among them are: the Vasil Levski museum, the Etnographic Complex, the Lovech Middle Age Fortress, the churches “The Assumption of Mary” and “St. Nedelia”, the open bridge, the building of the Yosif I school, where the song “Go, Folks Revived” was written, as well as many houses related to the activity of Vasil Levski (1837 – 1873) – struggler for the national liberation from ottoman dominion.

Varosha hasn’t stopped developing. Most of the houses are inhabitable; hotels, catering and entertainment establishments, museum sites are working. This turns the old residential section of Lovech into an attractive place for the guests and the residents of the town.

Souvenirs and information materials can be bought in the shops on the Covered Bridge.

Upon a preliminary arrangement with the Regional History Museum in Lovech, a tour trip in the town can be organized.

Upon a preliminary reserve, the Tourist Information Center in Lovech also organizes tours in the town and the local landmarks with a tour guide.