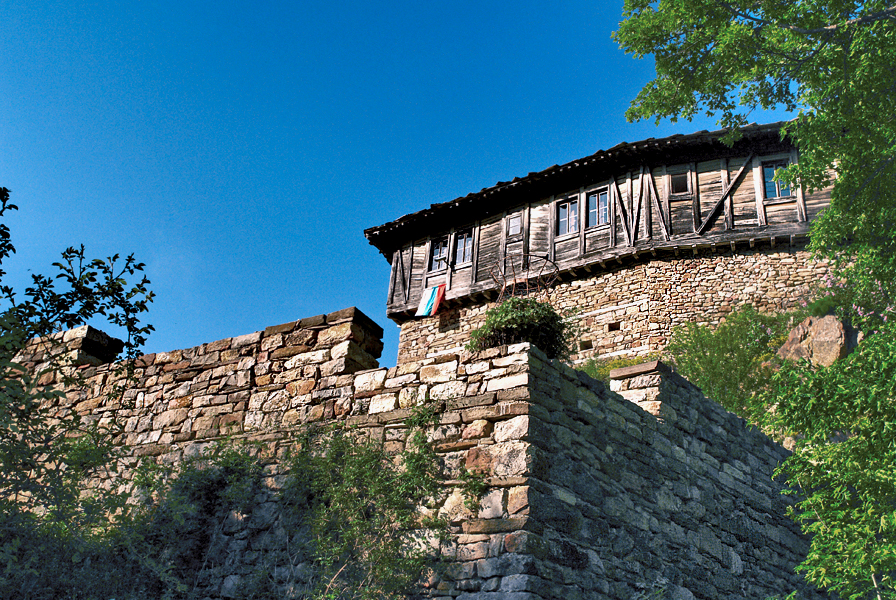 The monastery “St. George the Victorious” is located about 17 km from the village of Glozhene. The holy monastery can be seen from afar, as it is located on a rocky peak in the Teteven Mountains.

It is believed that in the 13th century the Kiev prince Glozh, who received the area as a gift from Tsar Ivan Asen II (ruled 1218 – 1241), built a monastery in the area “Sv. Preobrajenie”and a small fortress. The monastery existed until the seventeenth century, and in the early eighteenth century the monks built a new monastery dedicated to “Sv. George Pobedonosetc” (St. George the Victorious) on the high cliff to protect themselves from Ottoman attacks. For some time the two monasteries existed in parallel, being connected by a tunnel in the rocks.

At the end of the 18th and the beginning of the 19th century the monastery of St. George the Victorious developed educational activities – near the village of Malak Izvor, as well as in the town of Lovech, the monks from the monastery founded a convent and a cell school.

The monastic dwellings were built in 1858 on the site of the old buildings. The original monastery church was destroyed after the earthquakes of 1904 and 1913. The new church of the monastery was built in 1931, and the wood-carved iconostasis, saved from the destroyed old church, was transferred to it. According to legend, the temple icon of the monastery “Sv. George Pobedonosetc”, which is preserved to this day, was brought by Prince Glozh from the Kiev-Pechora Lavra (a large monastery in Kiev).