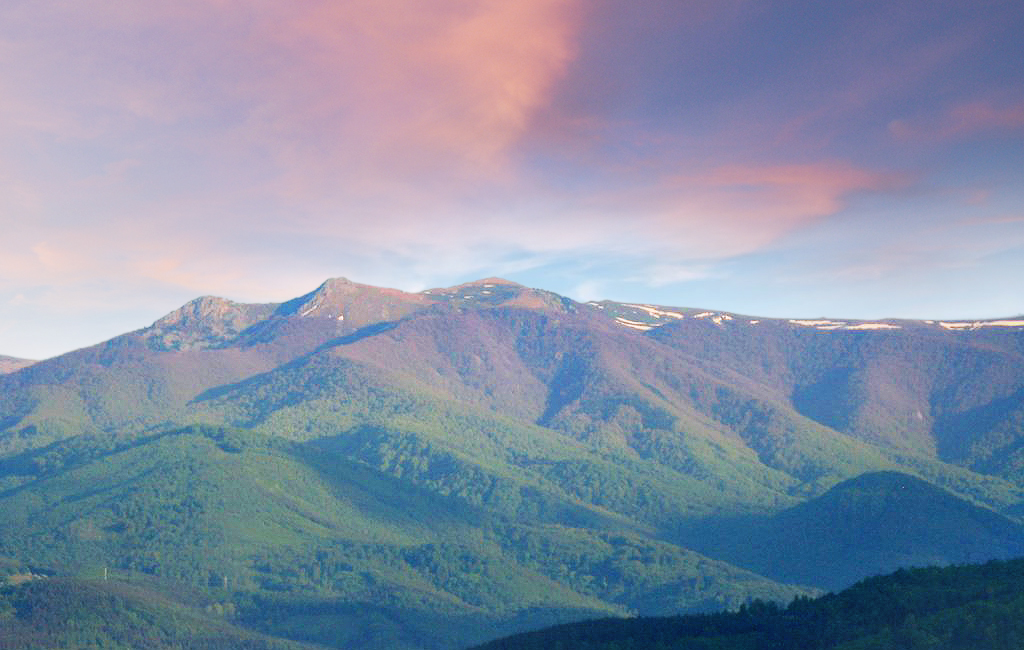 In the northwestern part of Stara Planina between the Petrohan pass and the Kom peak rise three peaks with the fabulous name Todorini Kukli (Todora’s Dolls).

The Berkovitsa chorbadji Tano had a wonderfully beautiful daughter named Todora. Many young men from all around Berkovitsa competed for her affection, but she had already chosen a lover. His name was Geno and he was the flag bearer of the detachment of the hajduk Stefan.

Todora knew that her father would never give her to Geno, so they met secretly and prepared to run away. Todora picked up her trousseau and they fled to get married in the Klisura monastery.

Meanwhile at Tano’s house a great celebration was at hand with his guests Ahmed aga and Pashajika – the cruel tyrant of the village. They got drunk and asked to bring the beautiful Todora, to serve them coffee.

Tano was furious when he found out that Todora had escaped and sent a terrible gang of bandits after them. The horde chased after the fugitives and managed to reach and surrounded the monastery. The monks helped the young people escape and set out for the Balkans, but traitors amongst the town betrayed them.

A fierce battle ensued amongst the peeks, killing Geno in front of Todora. Realising what was waiting for her she took her trousseau and began to adorn the bushes and trees around her making them look like beautiful dolls. Todora crossed herself and jumped from the cliff into the abyss to saved her honor.

The outlaw Stefan, managed escape the battle and tell the tale. The tale of the beautiful Todora, who gave the peaks their name – Todorini Kukli.