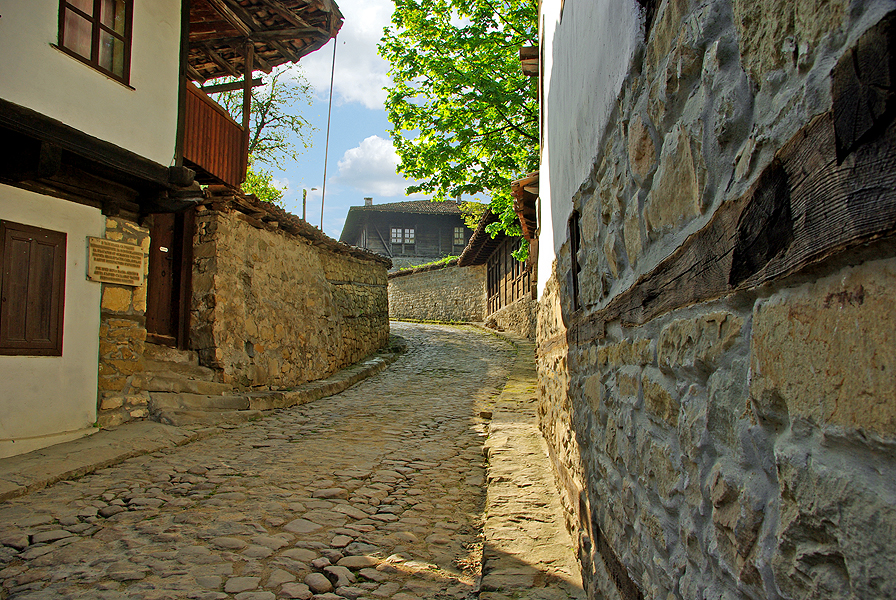 The town of Elena is situated in the high parts of the North Balkan, at a distance of 40 km from Veliko Tarnovo and 260 km from Sofia. The population of the town is approximately 6500 people.

According to the historical evidences, the Elena valley was inhabited as early as the late Neolith (4000 BC). There was life here during the Thracian, the Roman and the Early Byzantine time. The establishment of Elena as a settlement is related to the end of the Second Bulgarian State (the end of the 14th century). After the capital Tarnovo was conquered by the Ottomans in 1393, the Tarnovo boyars and leaders settled permanently in the region because their feudal possessions were here.

In the years if the Ottoman Dominion (1393 – 1878) Elena was gradually establishing itself as an administrative, vocational, commercial, cultural and educational center. A basic occupation of the local residents was agriculture, stock-breeding and crafts. The so called “golden age” of Elena was during the 18th and the beginning of the 19th century, when the following crafts were blooming in the town and the region – weaving of rugs (thick woolen cover with long fibers), painting, making of rugs (manufacturing of goods from the hairs of house-bred animals), etc. The economical prosperity of the town in the beginning of the 19th century was also grounds for development of the cultural and education processes.

Today a large number of houses and public buildings of various architectural periods is preserved in the town of Elena. There are near 200 monuments of culture, and seven of them are of national significance.

Among the buildings which are emblematic for the town are the museum house Ilarion Makariopolski. It is one of the oldest preserved houses. It was built around 1710-1715 and is situated in the center of the town. The house is a two-storey, with large eaves and herds. One of the leaders of the struggles for independent Bulgarian church Ilarion Makariopolski (1812 – 1875) was born, as well as the poet Stoyan Mihaylovski (1856 – 1927). The building nowadays is a part of the Museum of Revival and the National Liberation Struggles. Two museum expositions are placed in it – “Customs and culture of Elena during the Revival” and “Christian Art”.

Among the most interesting landmarks of Elena is also the architectural ensemble “The Five Houses of Razsukanov” – five houses, built by the wealthy Harzhi Dimitar Razsukanov in the end of 18th century and the beginning of 19th century. Each of the houses has its own architecture by which it differentiates from the others, but the façade of each of them is harmoniously connected to that of the neighboring houses.

The symbol of the town of Elena is the Clock Tower, which is situated at the highest place in the center of the town. It was built in 1812 and it is one of the first in the country.

Another interesting landmark of the town of Elena is the building of the Daskalolivnitsa – the first class school in Bulgaria. It was built in 1844. In its yard is also situated the Christian temple “St. Nikola” – the oldest temple in Elena and the region. The first written document for the existence of the church dates back from 1518. Its inner side impresses with a beautiful iconostasis and wall-paintings.

Next to the temple “St. Nikolas” in 1837 was built the temple “The Assumption of Most Holy Virgin Mary”, which by the Liberation in 1878 was the largest temple in North Bulgaria with 33 meters length, 21 meters width and 25 meters height.

One more landmark in the town is the Popnikolova house, which is also a monument of culture of national significance. In it is placed the Paleontology museum, the collection of which includes fossils and minerals, found in the region of the town.

The beautiful nature around Elena is a premise for the multiple possibilities for ecological tourism. Eight marked ecological pathways start between Elena to the neighboring village of Miykovtsi and they allow the tourists to enjoy the lovely Elena Balkan. The ecological pathways pass through centuries-old forests and lead to natural landmarks and historical localities.

The Yovkovtsi dam, which is at a distance of 3 km from Elena, as well as the eight micro dams on the territory of the municipality, provide excellent possibilities for fishing and resting.

There are various options for accommodation in Elena and the region. Hotels, guest houses, huts and individual rooms are available for the tourists in the town as well as in the neighboring villages. The municipal tourist information center can provide more information regarding the routes and the landmarks in the town and the region, as well as regarding the accommodation options.