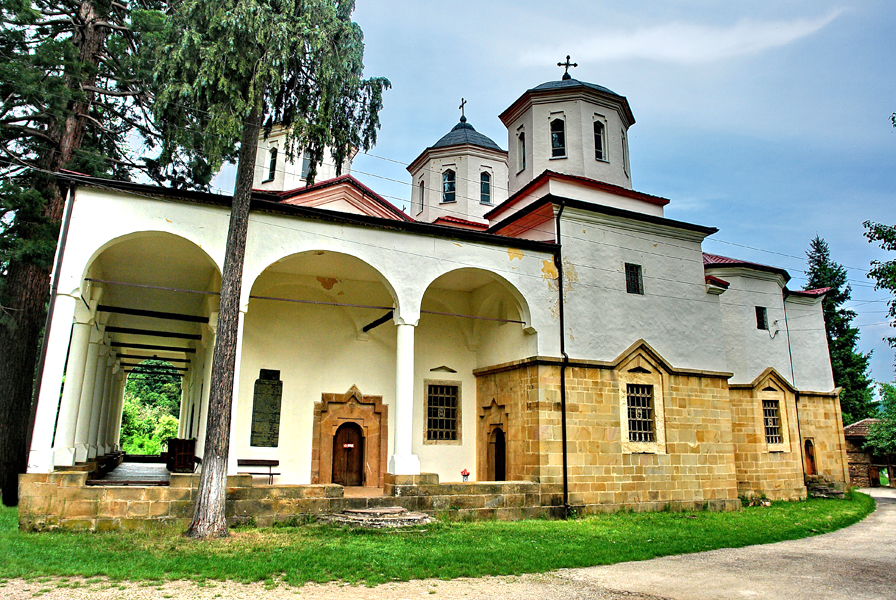 The Lopushanski Monastery “St. John the Baptist” is situated at a distance of about 1 km from the village of Georgi Damyanovo in the north-west part of Bulgaria. It is believed that the monastery had existed during the 10th century, but it had been situated near the village of Pomezhdin in the locality of Manastirishte. The holy monastery was burned to the ground in 1678, when written evidences for its existence by then were destroyed during the fire.

The residents of the village of Lopush donated their lands for the construction of the new monastery and because of this gesture the monastery is known under the name Lopushanski even nowadays. The construction of the new buildings began in 1850, when Archimandrite Dionysius engaged with the restoration of the holy monastery. He invested his inheritance entirely in the new undertaking. He even repurchased from the Ottoman authorities the right to build a temple, larger than a mosque.

The monastery church was constructed in six years. Archimandrite Dionysius wanted to build a temple similar to the one of the Rila Monastery. That is why he and the master builder Lilo visited the Holy Rila Monastery. After his visit, the builder began to build the church, but seeing the non-conformities, the archimandrite sent the builder again in the Rila Monastery. In order to avoid making a mistake, after his second visit, the builder Lilo made a model of the church by using the branches of a basket. All icons in the church and in the two small chapels on the monastery territory are made by the artists Stanislav and Nikola Dospevski – nephews of the artist and icon-painter Zahari Zograf belonging to the Revival Age. Nowadays this is the third in size monastery church in Bulgaria. The temple is cruciform, with three naves and five illuminated domes. It is an interesting fact that the domes have small windows, which is rarely seen architectural decision.

The miraculous icon of St. Mary is stored in the monastery. Worshipers claim that when one bends down on it, one can see how small streams of holy oil are flowing. Another valuable article is the icon of Jesus Christ, whose eyes follow the visitors wherever they are situated in the church.

The monastery was one of the favorite places of the Bulgarian writer Ivan Vazov (1850 – 1921), who had written one of the chapters of Under the Yoke on this exact place.

The Monastery St. John the Baptist nowadays is an active male monastery. Accommodation is also offered here. It was declared an architectural and artistic monument of culture by Issue 39 of the State Gazette of 1973. The holy monastery celebrates its temple celebration on the 7th January – the day of St. John.