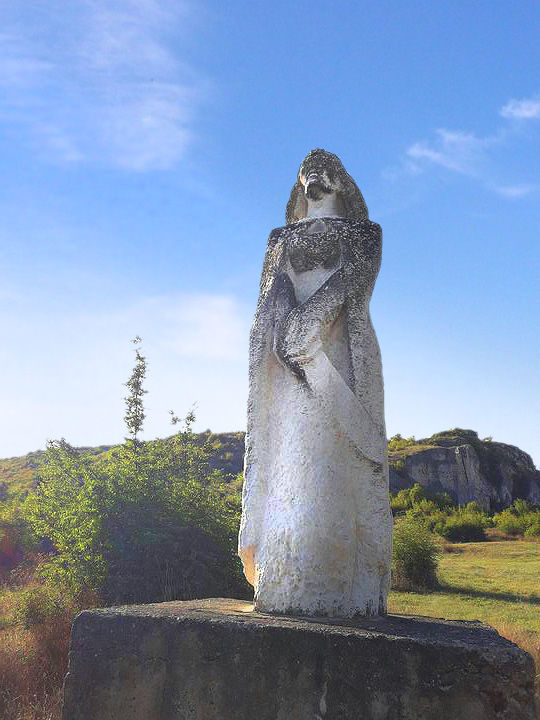 There is the Prohodna cave, also called “Eyes of God” – one of the most famous caves in Bulgaria, as well as the natural phenomenon – Chervenitsa rock, the emblematic canyon “Golyam Dol”, many caves and the only stone carving school on the Balkan Peninsula.

In the area of Gradishte, part of the only geological park in Bulgaria “Iskar – Golden Panega”, the foundations and ruins of a medieval fortress can be seen today. For seven centuries they keep the legend of its ruler – the beautiful, brave and proud Bulgarian Kuna.

The legend of Kuna takes us back in the time when Ottomans began to conquer our lands, the time of Duke Dragostin and his beautiful and only daughter Kuna.

In order to manage his lands and people well, the duke trained his daughter as brave warrior and a just ruler.

The Ottomans conquered the separate Bulgarian kingdoms and soon approached the duchy of Kuna.

Kuna was captured alive and wanted for the sultan’s harem. In response, she threw herself from the sheer cliffs above the Devil’s Mill Cave.

When people returned to their native places and the fortress of Queen Kuna, they found only the foundations of it. In honor of the brave queen, they founded a new village and named it Kunino.

The locals keep alive the legend of their beautiful, strong and dignified queen Kuna even today, as an invaluable spiritual heritage.