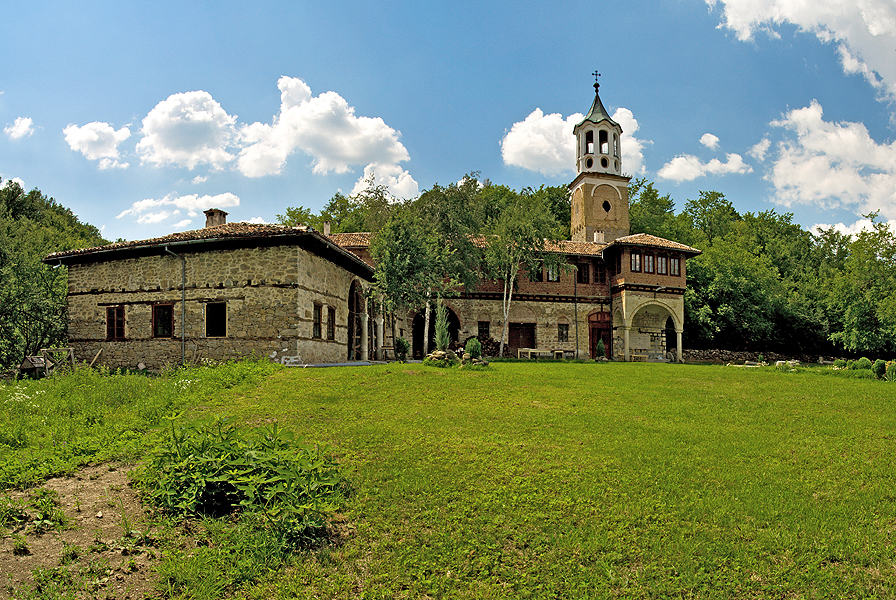 The Plakovo Monastery “The Holy Prophet Elijah” is located about 2 km from The Kapinovo Monastery, which is why the two are known as “twin monasteries.” The monastery is roughly 20 km from the city of Veliko Tarnovo. It was declared a cultural landmark in Issue 51 of the State Decrees for 1973.

The monastery was founded during the reign of Tsar Ivan Asen II (reign 1218-1241). The monastery has been in its present location since the 13th century. Before that it was located somewhat to the south.

The monastery was destroyed in 1393 during the Ottoman invasion. It was rebuilt in 1450, but very shortly after that it was again razed to the ground.

Today the monastery complex includes the church, living quarters, and stables. It is thought that the church is the work of the master builder Kolyo Fichito, and that it was constructed in 1845. In 1856, Fichito erected a second wing to accommodate the monks, along with a bell tower that is 25.9 meters high. The famous 19th– century icon painter Zahariy Zograf completed the only fresco in the church – The Blessed Elijah on His Chariot. The master Zograf also painted some of the icons on the church’s iconostasis.