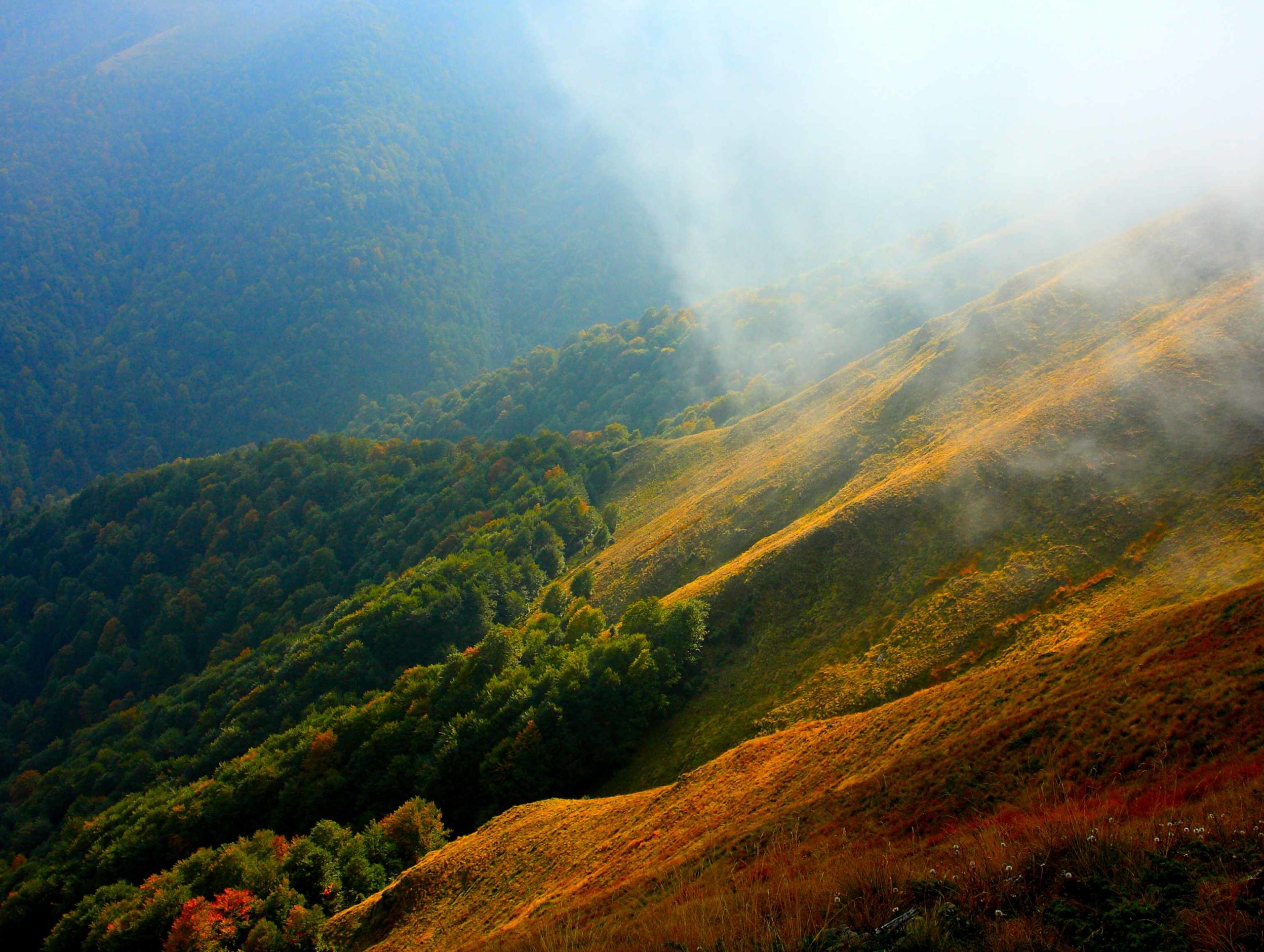 The “Central Balkan” National Park is situated in the heart of Bulgaria, in the central and highest parts of the Balkan Mountain. It keeps a unique collection of forest massifs, plant and animal species, historical monuments of global significance for science and culture. Incredible landscapes, rock phenomena, beautiful waterfalls can be seen here.

The highest peak in the Park is Botev peak (2376). The lowest point is situated near Karlovo, on altitude of 500 meters.

The park occupies a total area of 71,669.5 ha and includes parts of the territories of 5 administrative areas – Lovech, Gabrovo, Stara Zagora, Plovdiv and Sofia. The Park includes 9 natural reservations – “Boatin”, “Tsarichina”, “KozyaStena”, “Steneto”, “Severen Dzhendem”, “Peeshti Skali”, “Sokolna”, “Dzhendema” and “Stara Reka”. The reservation area occupies an area of 20,019.6 ha. Eight of them (excluding “Kozya Stena”) and “Central Balkan” Park are included in the UN list of national parks and other protected territories. Boatin, Tsarichina, Dzhendema and Steneto are a part of the network of biosphere reservations.

In 2003 the National Park “Central Balkan” became a member of PAN Parks, which is an international appraisal of its well preserved and managed wild nature. In 2004 a holder of the PAN Parks certificate is also the park region.

The PAN Parks certificates are a mark meaning that the protected territory is protected because of the great significance of the biological diversity inside it, but also about its role for public development through sustainable tourism – source of the means of living of the local people.

The PAN Parks Foundation (Protected Areas Network Parks – a network of protected park territories) is a European non-governmental organization, which has the goal to protect the most precious wild nature sites in Europe by building a Network of parks which develop sustainable tourism together with the local communities.

The National Park “Central Balkan” preserves exceptional diversity of flora. About 2,340 species and subspecies of plants are established in the Park. They include 1,900 species and subspecies of higher plants and 15 species of fern. 116 species of healing plants are present. Fagus sylvatica is one of the species of greatest significance for the Balkan Mountain. Abies alba is wide spread in the Tsarichina reservation.
Acer heldreichii, Carpinus betulus, Taxus baccata, Picea abies, Juniperus sibirica, Pinus peuce, Pinus nigra, Leontopodium alpinum, etc. are often seen as well.

The Central Balkan is one of the last places in Europe, which provides shelter to rare and endangered animals – wolf(Canis lupus), marten (Martes martes), otter (Lutra lutra), wild cat (Felis silvestris), the bats Myotis emarginatus, Barbastella barbastellus, Miniopterus schreibersii), plain dormouse (Myoxus glis), wild goat (Rupicapra rupicapra), royal eagle (Aquila heliaca), and the birds Crex crex and Turdus torquatus. This is the most important protected territory in the world for Ficedula semitorquata, Spermophilus citellus, Spalax leucodon, as well as a place of global significance for the birds of alpine biome.

The Central Balkan is one of the most pleasant places for walking tourism in Bulgaria. Places for relaxation, options for observation of beautiful views and sites are constructed for tourist attraction. Specialized routes are developed – 10 routes for horse tourism, 4 for bicycle tourism, routes for observation of birds, plants, large mammals, general acquaintance, cultural and historical tourism, speleology, photo-safari and alpine routes.

The most interesting tourist regions in the by-park territory are Teteven, Troyan, Apriltsi, Gabrovo, Kazanlak, Paven Banya, Kalofer, Karlovo, Sopot. The Troyan, Kapinovski, Kalifarevski, Dryanovski and Merdanski Monasteries are situated on the territory of the Park for the admirers of religious tourism.

The visitors of the Central Balkan can enjoy traditional Bulgarian cuisine and the hospitality of the people, as well as the specific folklore and various crafts.

The park does not offer commercial services to the visitors. Information centers which provide information about the offered tourist services, entrances/exits of the Park are established for the tourists. They also have an education and natural protection function.