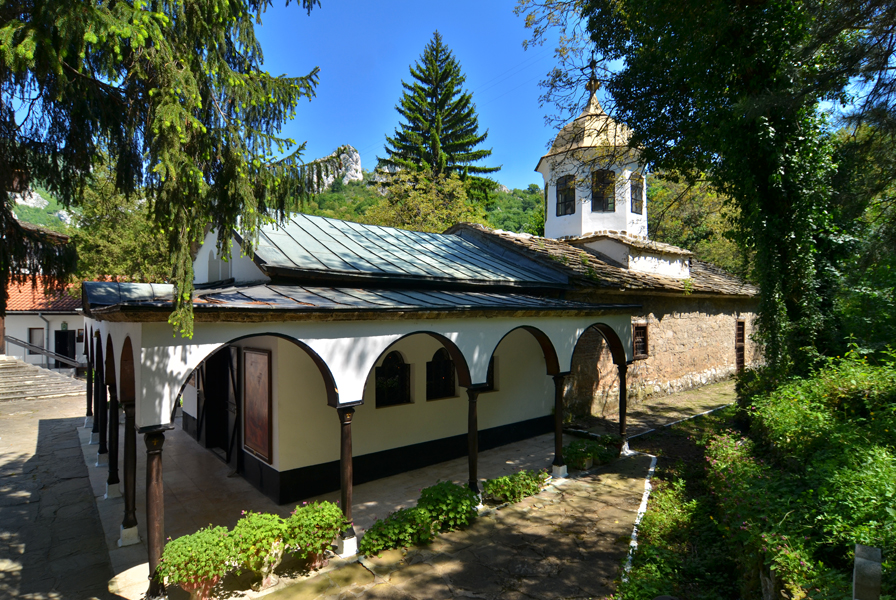 The Cherepishki monastery “The Assumption of Virgin Mary” is located 29 kilometers southeast of Vratsa, at the bank of Iskar river.

The monastery was built during the reign of tsar Ivan Shishman (reigned 1371 – 1395). A legend says that the name of the monastery (Bones Monastery) came from the bones of those, who died in the battle between tsar Ivan Shishman and the Ottoman soldiers in the end of the 14th century. In the end of the 16th century St. Pimen Zografski (a Bulgarian artist, writer and temple architect) restored the monastery and turned it into a literary and spiritual center. In 1612 in the monastery was created the famous Four Cherepish Gospels with gold-plated encasing. Active literary activities continued in the 18th century. A two-storey ossuary was built in 1784 in the cliffs over the monastery. Its chapel is dedicated to St. John the Baptist.

The bandit raids made the monks abandon the monastery for some time in the end of the 18th century, but in 1802 it started its activity again.

The residential buildings, which visitors of the monastery can see nowadays, were built in 1836 by the abbot Joseph. In the early 19th century with a donation from a rich Turk, whose daughter was cured in the monastery, was built the so-called Rashid building. After that, the Methodius building and the Danailova building were built.

Remains of wall paintings of the 16th – 18th century and the 19th century are preserved in the Cherepishki monastery. There’s also an icon collection, dating back to the same period.

There is an area in the monastery, dedicated to the national poet Ivan Vazov (1850 – 1921), who was inspired by this place for many of his works, including Dyado Yotzo Gleda (Grandfather Yotzo Watches) and Edna Balgarka (One Bulgarian Woman).

The Cherepishki monastery is an operating male monastery. The temple memorial day is celebrated on the 15th August – the day of Virgin Mary. The monastery offers accommodation.