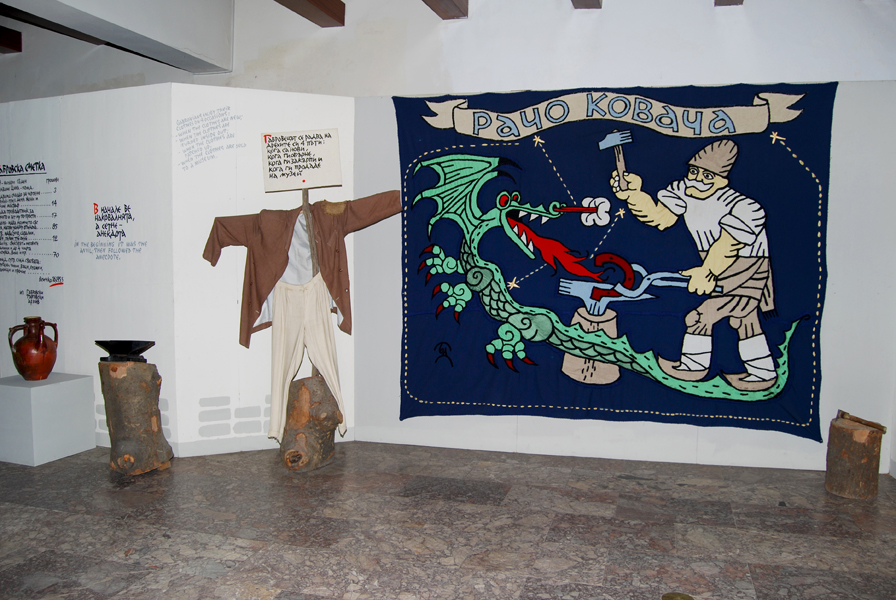 The House of Humour and Satire in Gabrovo is unique in its nature. It is the only museum in the world devoted to humour.

The museum was opened on 1 April 1972. It is a successor of the local folklore humour and the jolly carnival traditions of Gabrovo, the Bulgarian capital of humour. Today it is an international cultural centre that successfully combines the features of a museum and a busy gallery where examples of the art of humour and satire from all around the world are gathered together. The motto of the museum is: “The World Survived because it Laughed.”

The building of the House of Humour and Satire was built on the foundations of an old tannery and currently includes 10 exhibition halls on an area of 8 000 sq m. This makes it one of the biggest museums in Bulgaria.

Tour guides meet the visitors of the museum with the greeting “Welcome and welgone” – a typical greeting in the Gabrovo Region. An anecdote has it that Gabrovo housewives always see their guests to the door just to make sure they enjoyed the visit but also to be sure they won’t come back.

The Roots of the Gabrovo Humour Permanent Exhibition that comes first in the tour around the museum presents the most popular Gabrovo jokes illustrated by the famous Bulgarian caricaturist Boris Dimovski.

The symbol of Gabrovo – a black cat with no tail – stands and greets visitors near the entrance of the exhibition hall. One local joke says that people from Gabrovo cut off the tails of their cats in order for them to get out of rooms faster because in this way less heat is lost during the cold winter months. This, of course, is just a joke and no one really does it.

A central spot is given to the painting of artist Radi Nedelchev that depicts another symbol of Gabrovo – a big egg with a tap. The Gabrovo housewives are so economical that they hate to stir a whole egg into the soup. They only do this on holidays. The economy and frugality of Gabrovo people is proverbial and is commonly used to describe very stingy and tight-fisted people.

The so-called Gabrovo souvenirs such as the coffee and tea half-cups, the glasses for uninvited guests, the glasses for men with moustaches, the Gabrovo beer mugs with double bottoms to pour less into, etc., are extremely funny.

Visitors will find many more funny things and Gabrovo “patents” in the museum. There is a special entertainment room for children: Planet Gabrovo. There children can have fun, play, run and touch the exhibits.

Visitors can deposit their favourite jokes in the only Joke Bank in the world.

Every year on 1 April the House of Humour and Satire celebrates its birthday with a special programme and has lots of fun.

Funny souvenirs and books with jokes are sold at the House of Humour and Satire.