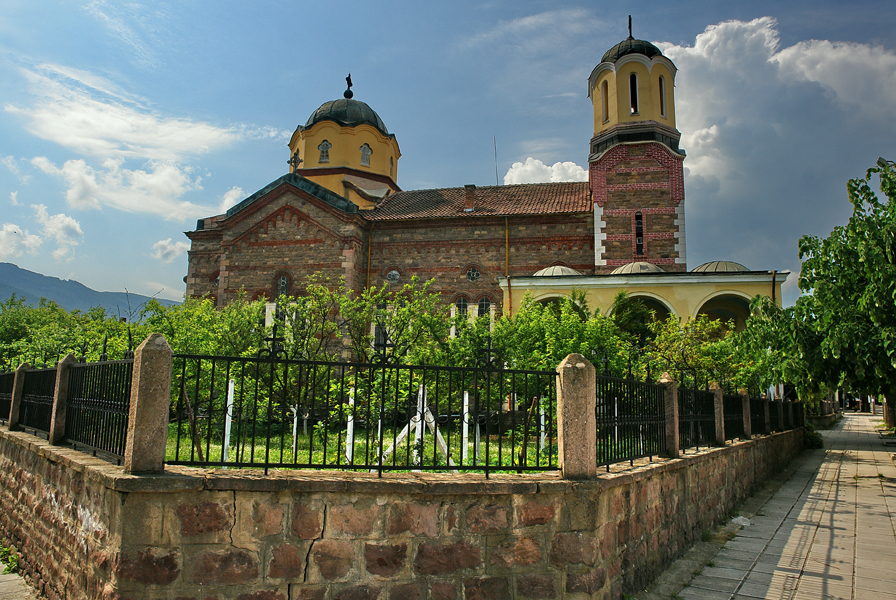 The town was founded around a mineral spring. The oldest preserved written evidence for its existence is found in the Byzantine chronicles and dates back to the 6th century AD. There it is referred to as Medeca (Medicus – medicinal) – the only town on the territory of the Roman Empire to bear that name.

The work of Dr. Damyan Ivanov (1874 – 1959), the first Bulgarian balneologist educated in Europe, played central role in the development of Varshets as a spa resort.

In 1910 the first mineral bath in Bulgaria opened doors in Varshets. Today it is called the Old Mineral Bath. Its architecture resembles the design of the baths in Baden-Baden. The new mineral bath in the town is located next to the old one. It has been opened for visitors since 1930. There is an old drinking fountain built in 1934 on the road to the two baths. The temperature of the water that spouts from it is 37°С.

The fact that there is no limestone in the water of Varshets makes it one of the softest in Bulgaria. This mineral water is used for the treatment of neurological, cardiovascular and musculoskeletal diseases. The fresh air and the healing water also have positive effect on gastrointestinal and excretory diseases, eye and skin troubles, etc.

Varshets is also famous for its beautiful park which is the second biggest artificial park in Bulgaria with its 800 decares, preceded only by Borisova gradina Park (Boris’s Garden) in Sofia. It merges into Slanchevata gradina (The Sunny Garden) constructed in 1934. The name of this garden derives from its sunray-shaped alleys which are made of special stone that reflects sunlight.

In the 1930s Varshets Resort was a popular destination among the members of the Bulgarian artistic and political elite. The bath casino situated near the old and the new baths in the centre of Varshets was built in 1924. It attracted rich Bulgarians and foreigners before the World War II. It is also known as the Royal Casino because Prince Kyril (1895 – 1945) used to go there. Currently both the casino and the Old Bath can only be seen from the outside.

Ivanchova polyana (Ivan’s Meadow) is another popular spot in Varshets. The alleys of the town’s park lead to the meadow which is situated at its highest point. As the town developed as a famous spa centre the meadow became part of the Health Path – a place for sports and relaxation. The local people believe that the morning dew of Ivanchova polyana has healing powers if one washes themselves with it before sunrise. Nowadays the meadow has become a perfect place for picnics and quality time in the surroundings of beautiful nature. Another pleasant spot suitable for strolls is located 5 km south of the town above Zanozhene Quarter: Vodopada Area (Waterfall Area) – a two-level water cascade flowing down the stream of Orlovshtitsa River.

There is a beautiful pedestrian area in the centre of Varshets known as the Boulevard with the Sycamores. Trees that are more than 100 years old stand tall on each side of the two-kilometre-long boulevard. This is also a traditional place where the guests and the residents of Varshets like to take walks. Some of the most beautiful villas in the town built at the turn of the 20th century lie along the alley.

St. George Orthodox Temple is another place of interest. Its construction began in 1902. The holy altar with the accompanying icons was completed in 1906 when the whole temple was consecrated by Metropolitan Kyril of Vidin. There visitors can see icons dating from the 17th and the 18th centuries. The four chandeliers made in Jerusalem and Tzargrad that were donated by local people for the consecration of the temple are among the most valuable objects found there.

The town of Varshets has a Municipal Museum that was founded in 1999. The museum is divided into four sections: Antiquity, Archaeological Finds and Coin Collection, Balneology and Ethnography.  Special place is given to the 2ndcentury BC bronze sculpture of Telesphorus, the Thracian boy-god, who is the symbol of the town today.

Klisurski Monastery of St. Cyril and St. Methodius, established in the 13th century, is situated approximately 13 km away from the town. The monastery is open every day from 8 am to 7 pm. Information materials about the history of the monastery are sold there.

An eco-trail leading to Todorini kukli Peak (Todor’s Dolls Peak – 1785 m) in Stara planina, which is named after a group of hills that resemble a female body, starts from Varshets. The eco-trail starts above Zanozhene Quarter but it is only recommended to well-prepared tourists. The Tourist Information Centre provides a guide to the peak. Zeleni del Area (Green Ridge Area), located 10 km away from Varshets, is the best point to start the climb to the peak. The centre provides information about the tourist attractions and the accommodation available in the town. Information materials and souvenirs are sold there.

Every year in the beginning of August the town of Varshets hosts the Traditional Day of the Resort, the Mineral Water and the Balkan (Stara planina).