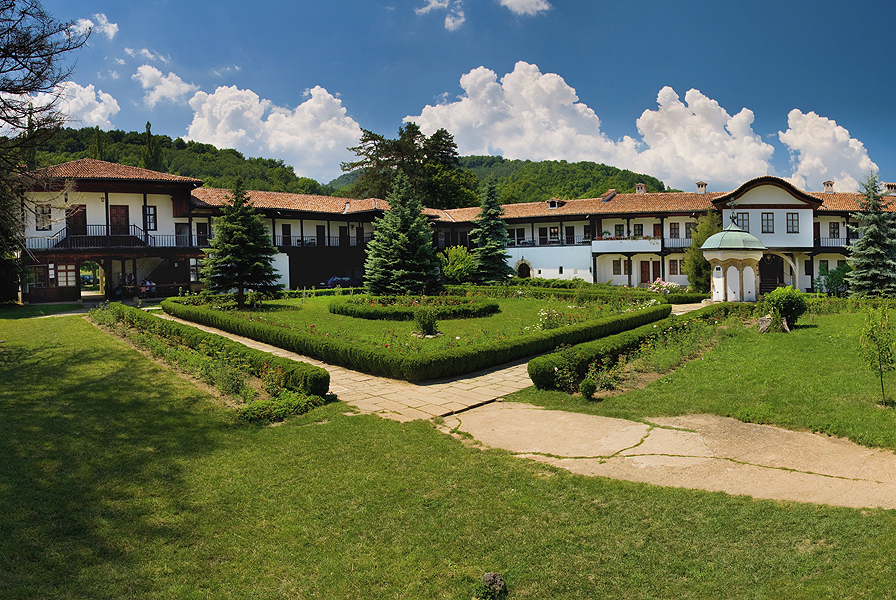 Sokolski Monastery of the Assumption is located in Sokolova Cave Area, 15 km southeast of Gabrovo and 4 km away from the Etar Architectural-Ethnographic Complex. The monastery is connected to the Etar Complex by a tourist trail passing through a beautiful area and taking approximately two hours to cover. There is a good asphalt road connecting the monastery with the town.

The monastery was founded by Archimandrite Yosif Sokolski. In 1833 he put up a small wooden church and a rickety hut by the entrance of the nearby Sokola Cave (Falcon Cave), and in 1834, with the help of people from the local villages, a big temple was built and consecrated, replacing the wooden buildings. The temple is a single-naved, single-apsed  building with domes; the wall-paintings were added later.

During the Bulgarian Revival Period a monastery school was established in Sokolski Monastery. In the years up to the Liberation of Bulgaria in 1878 the cloister provided shelter to Vasil Levski, the fighter for liberation, and to the band of Captain grandfather Nikola, another fighter for freedom. During the Russo-Turkish War (1877/1878) the monastery was converted to an infirmary for the wounded Russian soldiers.

In 1868 Kolyu Ficheto, the famous self-taught master builder, made a round stone fountain with eight spouts in the monastery yard that has survived to this day and has now become one of the most interesting things to see in the monastery. It is believed that Kolyu Ficheto also built the beautiful stone wall and the ossuary next to the monastery temple.

The monastery was inhabited only by monks until the mid-20th century, when, in 1959, the nuns from the Convent of Gabrovo moved there. Since then, Sokolski Monastery has been functioning as a convent. The nuns brought valuable icons and documents with them when they moved to the monastery.

Accommodation is available at the monastery. Its yard is well-kept and has beautiful flower alleys.