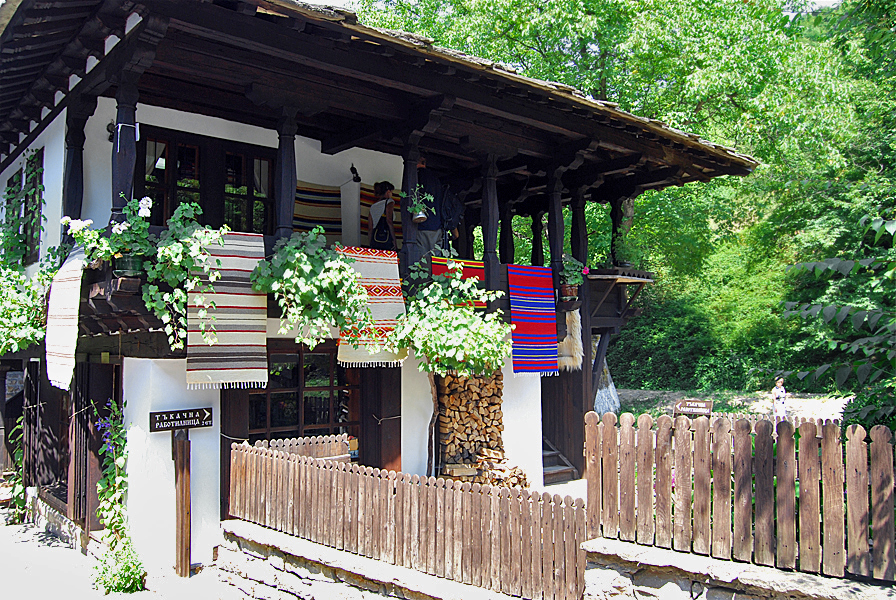 The Architectural And Ethnographic Complex Etara is situated on the outskirts of the town of Gabrovo. It is an open air museum. The purpose of which is to present the architecture and the style of life in Gabrovo and the region during the second half of the 18th century and the beginning of the 19th century.

The complex is situated at a distance of 9 km from Gabrovo. There are regular bus lines available from the town for facilitation of the visitors.

The museum contains a total of 50 sites – houses with craft workshops, water installations and other buildings. The only collection in Bulgaria of technical installations driven by water – filling  mills, water mills, grindstones, etc., are situated there. 16 houses can be seen on the crafts bazaar (the central commercial street) in the Etara, which are exact copies of buildings existing in the past in Gabrovo and the region. On the crafts street the visitors can watch in real time the work of the craftsmen. Multiple crafts are presented – bell-making (manufacturing of wrought bells for animals), pottery-making, sugar-making (manufacturing of sugar articles), furriery, manufacturing of copper vessels, etc. Besides observing the authentic technology which the craftsmen are using, the visitors can purchase the articles made before their eyes. Upon a preliminary request, the people working in the complex can organize trainings in traditional crafts.

During the first Friday, Saturday and Sunday of September every year, the International Fair of Traditional Crafts is conducted in the architectural and ethnographic complex Etar. During the fair days, craftsmen from the country and abroad present their articles, made by the crafts they master. The fair is organized by the Ministry of Culture and the Municipality of Gabrovo.

Children contests for making of sourvaknitsas (decorated cornel twig used by children to tap people’s backs when wishingthem a Happy New Year), martenitsas (twined tasseled red and white thread, symbol of spring and health) and scarecrows are organized in the complex every year. An open air drawing of children’s paintings is conducted in the month of May. Demonstrations of various old domestic activities – painting with vegetable dyes, draining of a potter’s wheel, knitting of articles of corn foliage are conducted in open air or in the houses on the crafts street every Saturday and Sunday during the summer season.

There is a hotel on the territory of the architectural complex, in which the visitors can stay, and a restaurant, in which they can taste traditional dishes, prepared according to old local recipes.