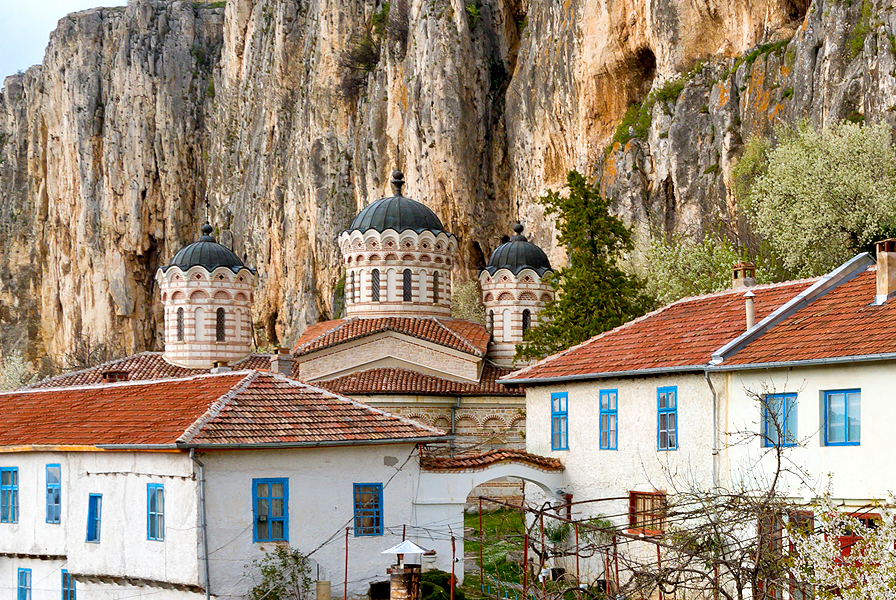 The Patriarchal Monastery of the Holy Trinity is located 6 km north of Veliko Tarnovo. It is situated in a beautiful area at the foot of an inaccessible rock.

The church of the monastery was built in 1847 by Kolyu Ficheto (one of the most renowned master builders of the Bulgarian Revival Period) and has beautiful wall-paintings. Zahari Zograf (the famous Bulgarian artist and iconographer, representative of Samokov Artistic School) painted the big icons of the Virgin Mary, John the Baptist, Christ Almighty, the Holy Trinity, etc.

In 1913 the church was destroyed by an earthquake. Some old icons were saved, and one of them was the Holy Trinityicon painted in 1708 which the temple was named after.

The church has an underground chapel and there are caves carved in the rocks that were used as cells and chapels during the Middle Ages.

At the altar and the narthex of the church Roman monuments with inscriptions from Nicopolis ad Istrum were discovered.

The monastery took on its present appearance in 1927 when it was reconstructed.

The Patriarchal Monastery of the Holy Trinity was inhabited only by monks until 1946 when the first women came. In the beginning they lived in the farm buildings. It is now a convent.

Accommodation is not available at the monastery. Icons can be purchased in it.

The patron saint’s day of the monastery is celebrated on Pentecost (49 days after the first day of Easter).