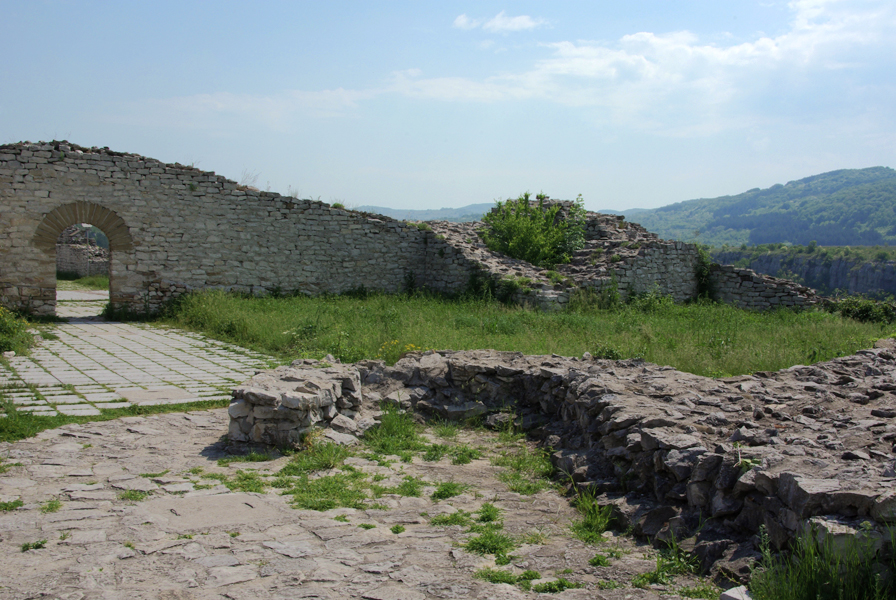 The Lovech Fortress lies on the two terraces of the beautiful and picturesque Hisarya Hill in the old part of Lovech. This is one of the most visited landmarks in Lovech. It was declared a monument of architecture and construction by virtue of publication in State Gazette, issue No 75 of 1967.

The hill was first populated during the Chalcolithic Age (4000 – 3000 BC). Parts of dwellings, fragments of pottery vessels and a gold application were discovered there. The archaeological excavations show that a Thracian settlement also existed in this place.

The fortress was built in Roman times, but it is best known as the place where the Lovech Peace Treaty with the Byzantine Empire was signed in 1187. It marked the birth of the Second Bulgarian Empire.

Apart from the natural protection it got from the high steep hill slopes and the river, the fortress also had a solid stone wall.

The remains of seven churches representing three different architectural styles were found. The church situated on the top of the hill is the oldest and the biggest one. It was built in the period 5th – 6th centuries.

During the excavations many adornments, everyday life objects, tools, and pottery were discovered.

The two archaeological finds of silver coins depicting Tsar Ivan Alexander (1301 – 1371) and his son Michael are especially interesting. The first one consists of 16 coins in a pot, while the other one is comprised of 1430 coins in a pitcher.

The Lovech Fortress was one of the last strongholds which were conquered by the Ottomans – this happened in 1446. A giant metal cross is placed inside the fortress. It can be seen from almost every spot in Lovech.

The monument of Vasil Levski and Varosha, the old quarter of Lovech, are located in the vicinity of the fortress.

Guides from the Lovech Regional History Museum can accompany visitors to the fortress. Some of the other landmarks of the town are the Covered Bridge, the old town quarter Varosha, the museum of Vasil Levski and the history museum of the town. Devetashka Cave, Krushunski Waterfalls and Kakrinskoto hanche (Kakrinsko Inn) are not far away from Lovech.