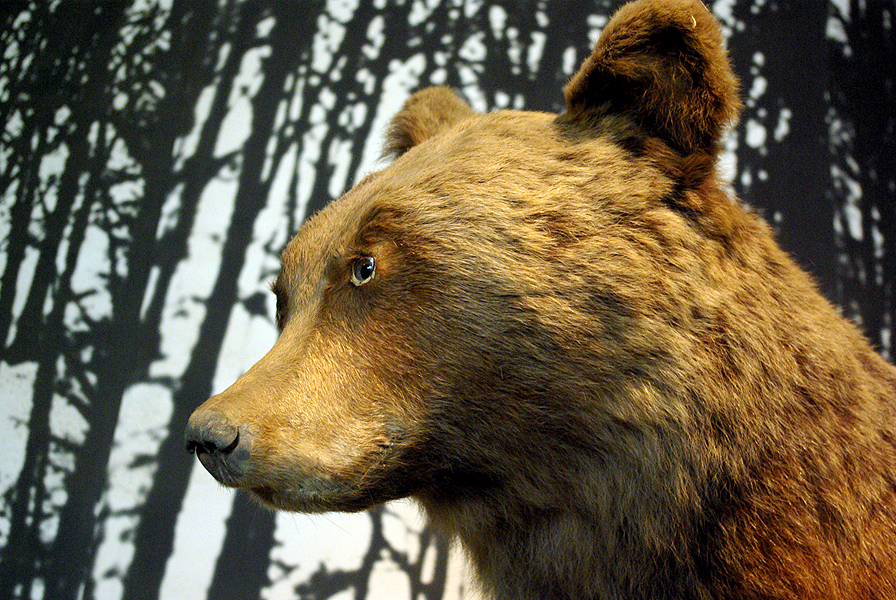 The village of Cherni Osam is located in northern Bulgaria, 12 kilometers southeast of the town of Troyan and 175 kilometers of Sofia. The Museum of Natural History in Cherni Osam was founded in 1976.

In 1965 the local biology Iliya Iliev, together with his students, started collecting plant and animal species. Animals, which can be found in the Balkan Mountain, were stuffed for the needs of the biology classes. Gradually, the collection, arranged in the school corridors, grew in quantity and in the spring of 1976 it was moved to a new building. Since 1 January 1977 the collection became a branch of the History Museum in Lovech, and in 1992 it became a separate museum.

Visitors of the Museum of Natural History in the village of Cherni Osam can see the great diversity of animal species in the Balkan Mountain. The village is located on the territory of Central Balkan National Park; therefore one of the museum halls represents the natural landmarks in the region in pictures and photos. More than 700 exhibits are preserved on the two floors of the Museum of Natural History.

More than 25 stuffed mammals are exhibited, and the walk among them is sound tracked by recordings of animal sounds. On the second floor, diorama screens and large pictures show the environment, where the mammals live – wild boars, wolves, jackals, wild cats, deer, red deer, and fallow deer etc.

11 fish species, inhabiting the Cherni Osam river, are exhibited in glass windows. The museum also exhibits extinct species. The visitors can also see 12 amphibian species and 15 reptile species that are typical for the region of the central Balkan mountains. The collection of insects is also quite large.

The collection of the Museum of Natural History has over 120 bird species, which inhabit the plains and ponds. Some of them are birds of prey. Visitors of the museum can buy informational materials and postcards.

The village of Cherni Osam is located at a distance of 2 kilometers from the Troyan monastery; it offers great opportunities for country tourism and is a starting point to Ambaritsa hut and to many other tourist routes. There is a school for mountain guides in the village.