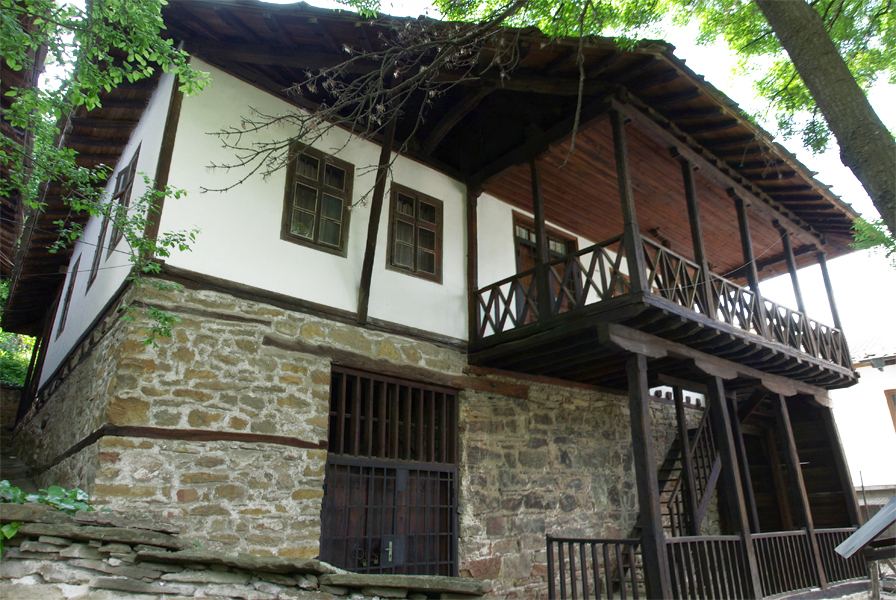 The ethnographic museum in Lovech is situated in two adjacent houses – Drasova House and Rashova House – in an old neighborhood called Varosha.

The exhibits inside both houses depict the home life of families in Lovech in the late nineteenth and early twentieth century.

Built in the first half of the nineteenth century, Drasova House is very well preserved and is among those that were most typical in the Lovech region. The indoor is recreated to depict the domestic lifestyle of a wealthy trader’s family. The transition from the traditional life for the period of the National Revival to urban life that was heavily influenced by Western Europe is on display. All exhibits in Drasova House are originals, possessions of families from Lovech. All the elements characteristic of a Lovech house are presented in separate rooms on the residential floor. In the basement of the house there are huge barrels that were used for the purpose of aging wines.

Rashova House, which is next to Drasova House, has almost the same architectural style as its neighbor, and was built around 1835; its last owner was Nencho Rashev, a social and cultural activist who bequeathed the building to the Historical Museum. The decor of Rashova House represents the lifestyle of a moderately wealthy family in the 1930s and 40s. The displays feature mannequins dressed in typical clothing of that period and the crafts in which the family members were engaged. There is an impressive mixture of styles in both houses – traditional Bulgarian furnishings next to exquisite tableware and other artifacts bearing Western influence. For example, the newly-weds room display features satin-trimmed clog slippers.

One of the rooms in Rashova House is dedicated to Nencho Rashev. Some of his personal belongings are on display: his bookcase and desk, musical instruments, and a portrait of him.
The museum offers informational materials and souvenirs.