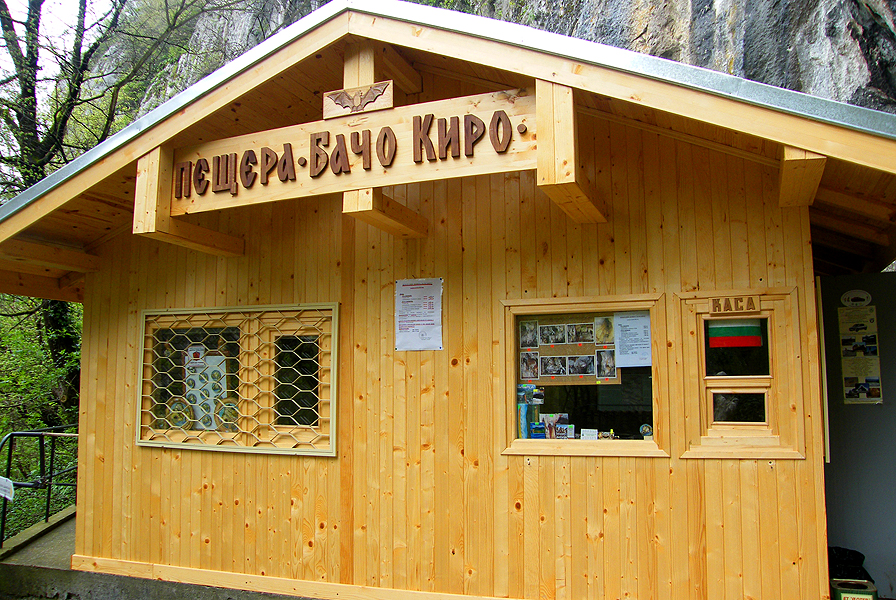 Bacho Kiro Cave is located approximately 6 km southwest of Dryanovo. The entrance of the cave is 300 m away from the Dryanovo Monastery of Archangel Michael.

The cave is cut in a 25 m-high vertical limestone rock and is situated at an elevation of 335 m.

In 1937 it became the first developed cave in Bulgaria, and in 1940 it was named after Bacho Kiro, a revolutionary who participated in the April Uprising (1876).

The cave was declared a natural landmark by Ordinance No 2810 of 10 October 1962. It is also included in the list of the 100 Tourist Sites of Bulgaria.

Bacho Kiro is an intricate 3600 m-long maze of cave rooms and forking passages. There are two routes for visitors to take in the cave. The first one is about 700 m long and takes 70 minutes to cover. The short route is 350 m long and can be covered in approximately 30 minutes. Visitors of the cave must be accompanied by a guide and the lecture is included in the ticket price. Long-route tours around the cave are only available for groups of at least 15 people.

For thousands of years rivers have been forming the rooms and the chambers of the cave. The beautiful stalactites, stalagmites, and columns have taken various bizarre shapes.

The cave has impressive lighting system that allows visitors to better see the various shapes of rocks, such as the Stone Flower, the Jellyfish, the Lonely Column, the Elephant, etc. The Rain Room, the Concert Room, and the Guest Room are particularly interesting.

There are marked tourist paths that take 4 to 6 hours to cover and bike paths in the region of Dryanovo Monastery and Bacho Kiro Cave; rock climbing is available too. The local Bacho Kiro Tourist Society provides guides for such activities against consideration.

Information materials and souvenirs are sold at the entrance of the cave.