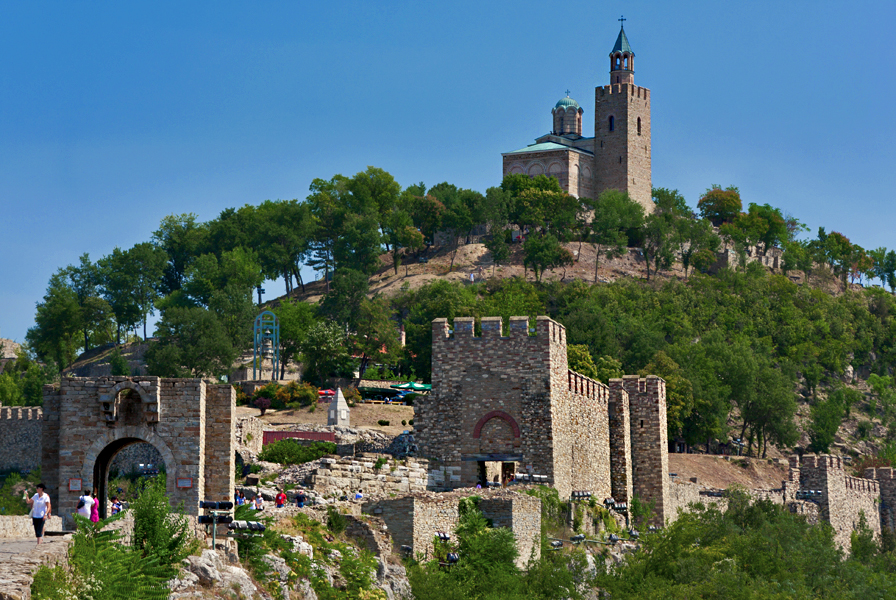 The regional History Museum – Veliko Tarnovo is one of the largest museums in Bulgaria. Its subsidiaries are situated in the town of Veliko Tarnovo, in the nearby villages of Arbanasi, Nikyup, Gartsite Mahala and the town of Kilifarevo.

The archaeological museum is located west of Saedinenie square in Veliko Tarnovo. It presents the thousands of years of culture and history of the region by artifacts, exhibited in chronological order.

The earliest exhibits, dating back to the Neolithic Age (5,700 – 5,000 BC) are presented in the first room. A bottom of a ceramic cookware with a pre-written Neolithic set and gold treasures are the most valuable exhibits.

The second exhibition hall presents the achievements of the ancient period, the development of ceramics in the region, plastic and jewelry art.

The third hall shows exhibits from the period, when Tarnovo was capital of Medieval Bulgaria. The exhibits – royal seals, coins, minted by the Bulgarian kings, etc. reflect the flourishing of Bulgarian culture in the times of the second Bulgarian Kingdom (1185 – 1393).

The Architectural Museum Reserve Tsarevets, located at the homonymous hill, is one of the most important medieval cultural monuments not only in Veliko Tarnovo, but also in Bulgaria. The hill has been inhabited since the 3rd millennium BC, and the first fortress wall around it dates back to the 5th – 6th century AD. The capital complex is locates on the Tsarevets, Trapezitsa, Momina Krepost and Sveta Gora hills. The natural inaccessibility of the site determines the location of the palace and the patriarchal complex. Nowadays the patriarchal church and its bell tower are completely restored.

The temple “St. Peter and Paul” is located at the foot of the northern slope of Tsarevets hill. It was built during the reign of Kaloyan (1197 – 1207). Along with the monastery complex formed around it, the temple was used as a patriarchal residence after 1393.

The late medieval churches “St George” in Veliko Tarnovo, “St. Navity”, “St. Archangels Michael and Gabriel”, “St. Dimitar”, “St. George” and “St. Athanasius” in Arbanasi are of great interest for visitors and tourists. The guests of Veliko Tarnovo can learn more about life during the Bulgarian Revival (18th – 19th centuries) by visiting the museum house of Philip Totyu and the ethnographic complex Osenarska Reka in Gartsite quarter, 40 kilometers south of Veliko Tarnovo. In the complex one can seen the typical house for this part of the Balkan Mountain, a working filling mill and water mill.

Another possible option is to visit the museums in Arbanasi – Kostantsalieva House and Hadzhi Ilieva House, 6 kilometers away form Veliko Tarnovo, or the History Museum in the town of Kilifarevo, 11 kilometers south of Veliko Tarnovo. Arbanasi is a magnificent architectural reserve, where time seems to have stopped. Every house there has its own story. The village has several churches and two monasteries.

Sarafkina House is an interesting museum in the town of Veliko Tarnovo, which shows the ethnographic image of the region in the end of the 19th and the beginning of the 20th century. The museum house of Petko R. Slaveykov is also interesting – it is the house of the famous Bulgarian poet and publicist.

The post-liberation history of Bulgaria (after 1878) is represented in the Revival and Constituent Assembly Museum. It is situated in the building, where the memorial events for the adoption of the Tarnovo Constitution (1879) after the liberation of Bulgaria from Ottoman Dominion were held. It was built by the builder Kolyu Ficheto (1800 – 1881), who was a Bulgarian Revival architect and builder. The building was used as a Konak (Ottoman police station). Therefore, the nearby located unique museum is called Zatvor (Prison), where tourists can see interior reproductions of some of the cells and the solitary confinement, which functioned during the liberation struggles.

The Museum of Contemporary and Modern history is situated near the prison. It exhibits many items, pictures and documentary materials about different historical events from the latest history of Bulgaria.

The Archaeological Reserve Nicopolis ad Istrum is located 20 kilometers north of Veliko Tarnovo and covers the remains of the eponymous Roman and early Byzantine town, built by emperor Trayan (98 – 117 AD) in honor of the Roman victory over the Dacians in the beginning of the 2nd century AD. The town was of strategic importance due to its location – it was situated at the crossroad of two major thoroughfares – from Odesos (Varna), through Serdica (Sofia) to the western province and the road from Nove (Svishtov) to Byzantium (Istanbul) and through the strands to the Asia Minor provinces. In the second half of the 2nd century AD the town was reinforced with strong fortified walls. Nowadays the ancient streets, the central sewerage, the remains of a small theatre, the central town square, the colonnade and the public toilets with remains of a public bath are of great interest to tourists.

The subsidiaries of the Regional History Museum in Veliko Tarnovo have different access control and opening hours.