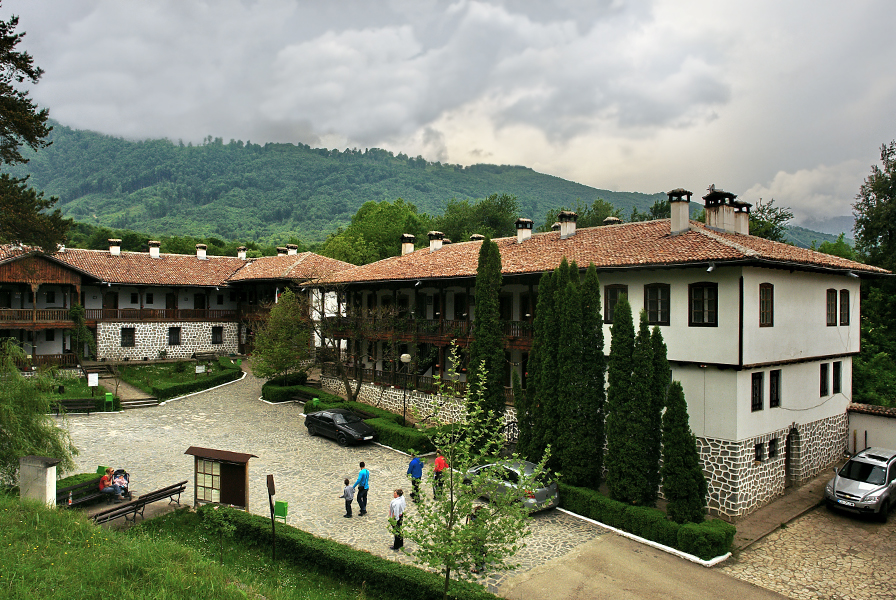 Klisurski Monastery of St. Cyril and St. Methodius is situated at the foot of Todorini kukli Peak (Todora’s Dolls Peak – 1785 m) in Stara planina (Old Mountain), 9 km away from Berkovitsa and 12 km away from Varshets.

The monastery was founded as early as the first half of the 13th century and back then it was called Vreshtitski Monastery because of its location in the valley of Vreshtitsa River. In its many years of existence the monastery has been destroyed, looted, and reconstructed several times.

In mid-19th century the monastery was reconstructed thanks to donations from local people. Archimandrite Antim Damyanov of Berkovitsa took up the initiative to rebuild the monastery and in 1869 he built the kitchen of the monastery, and then St. Nicholas Chapel, all by himself. St. Cyril and St. Methodius Temple was built in the period 1887 – 1890. Gradually, an entire monastery complex with temples and farm buildings began to take shape. The new temple was officially consecrated by the Bishop of Vidin in 1891. Klisura Monastery was one of the centres where Bulgarian education and literature were developed and Christian religion was strengthened.

The main church was restored after the Liberation of Bulgaria (1878), in the period 1936 – 1937, and master craftsmen from Samokov made the iconostasis.

There is a holy spring in the yard of the monastery complex, whose water is believed to have healing powers. St. Cyril and St. Methodius Monastery is a functioning monastery. Accommodation is available at the monastery, and visitors can purchase information materials about its history from the main temple.