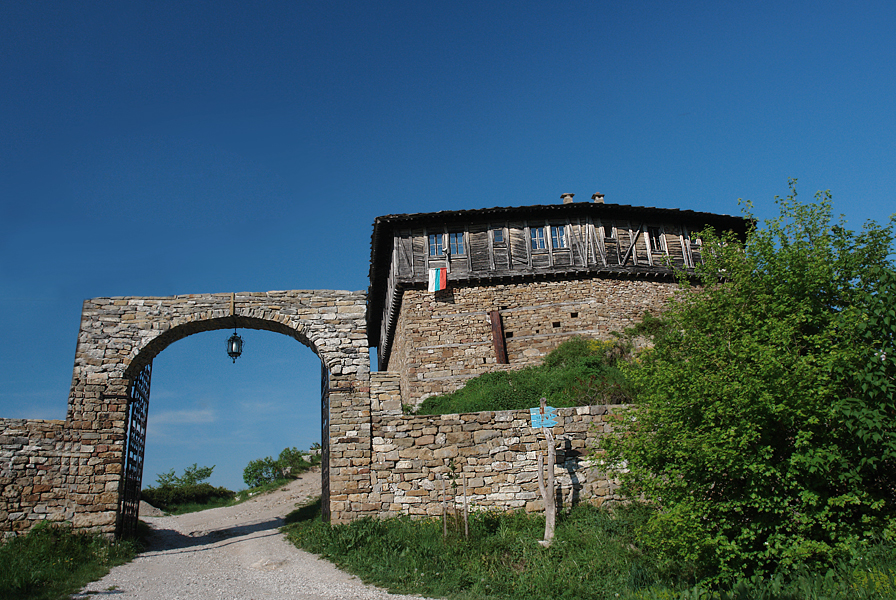 The Monastery “St. George the Victorious” is situated at a distance of about 17 km from the village of Glozhene, where its name comes from. The holy monastery can be seen from a far distance, because it is situated on a rocky hill in the Teteven Valley.

It is believed that in the 13th century the Kiev Prince Glozh, who obtained the region as a gift from Tsar Ivan Asen II(ruling from 1218 to 1241), constructed the monastery St. Transfiguration of Jesus in the region, as well as a small fortress. The Monastery existed by the 17th century, and in the beginning of the 18th century the monks built a new monastery, dedicated to St. George the Victorious, on the high rock, in order to protect it from the raids of the Ottomans. For some time the two monasteries existed simultaneously, being connected by a tunnel in the rocks.

In the end of the 18th and the beginning of the 19th century, the Monastery St. George the Victorious developed education activity – near the village of Malak Izvor, as well as in the town of Lovech the monks established a convent and a monastery school.

The monk residents were constructed in 1858 on the place of old buildings. The initial monastery church was demolished by the earthquakes in 1904 and 1913. The new church of the monastery was constructed in 1931, and the wood-carved iconostasis saved from the demolished old temple was moved inside it. According to a legend, the temple icon of the monastery St. George the Victorious, which is preserved to the present day, was brought by Prince Glozh from the Kiev-Pechersk Lavra (a large monastery in Kiev).

The Glozhene Monastery was declared an architectural, constructional and historical monument by Protocol of the National Cultural Monuments Council of 19 June 2006. The monastery is an active male monastery. It offers accommodation in common premises, as well as in independent rooms. Visitors can find further information about its history in the brochures which are sold in the church.

The temple celebration of the Glozhdene Monastery is on 6 May – the day of St. George.