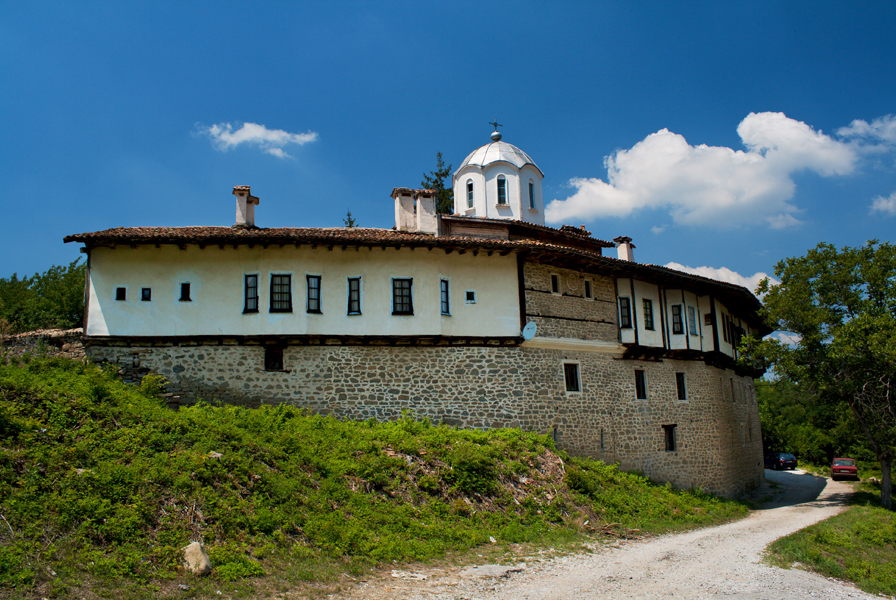 The Kapinovo Monastery “Saint Nikola the Miracle Worker” is located 14 km from the city of Veliko Tarnovo and some 5 km from the village of Velchevo. The Monastery is declared an artistic and cultural landmark in Issue № 51 of The State Decrees for 1973. According to an inscription that no longer exists, a smaller church was erected at the same location in 1272 during the reign of Konstantin Asen – The Contemplative (reign 1257-1277). It is also thought that the church was built during the reign of Ivan Asen II (reign 1214-1241), in 1228. When Tarnovo fell under Ottoman rule the monastery was razed and abandoned.

In the 17th century, the monastery was rebuilt, thanks to the efforts of the resident in neighboring villages. Though the rulers refused to give permission for the monastery’s restoration, the villages worked on it at night and blackened it with smoke so that it would look like the old structure. In later years the monastery was again burned down more once, but it never ceased to function.

At the beginning of the 19th century, renovations were again undertaken, and in 1835 master builders from Dryanovo built a new cathedral that worshippers still use to this day. In 1865, the most ambitious work on the monastery began. The Horozovski brothers from the city of Elena, who themselves later became monks, donated the funds to build living quarters for the monks that display a number of distinctive architectural features.

Throughout the 19th century, the monastery continued  to play an active role, and opened a school for religious instruction. The monks cloistered at the monastery also took an active part in the struggle to free Bulgaria from Ottoman rule.

The monastery housed a triptych painted in 1700 that is now in the Sofia Archeological Museum. There is a carved wooden frieze and wooden altar doors to the inner sanctum that were crafted in the 18th century. Visitors to the church may view a number of impressive icons, both on the church’s iconostasis and elsewhere. For example, there are the icons “Saint Iliya (Elijah) on his Chariot” and twelve attendant scenes from his life, “Saint Dimitar Astride his Horse,”  “The Presentation of the Blessed Virgin,” and others.

The Kapinovo Monastery is a functioning monastery. The annual celebration honoring the church is on December 6. The monastery offers overnight accommodations.