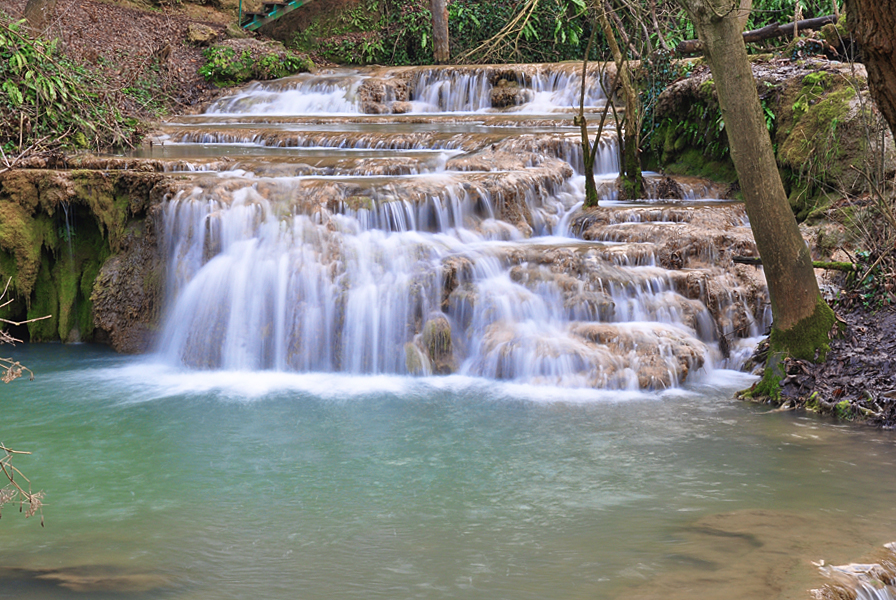 The Devetashko Plateau consists mainly of limestone cliffs. Almost all types of surface and underground karst forms can be seen here – whirlpools, karst wetlands, ravines, caves. One of the largest caves and cave complexes in Bulgaria are located here. The highest point of the Devetashko Plateau is about 2 kilometers from the village of Brestovo.

The climate of Devetashko Plateau is temperate continental.

The territory of Devetashko Plateau is a part of the national ecological network of Natura 2000. According to the Law on Biological Diversity and the Birds Directive, Devetashko Plateau was declared an ornithologically important place with a total area of 7,892.91 ha. Many rare and endangered bird species can be seen in the rock complexes. 82 bird species can be found here, such as Corn Crake (Crex crex), Common Buzzard (Buteo buteo), Short- toed Snake eagle (Circaetus gallicus), White stork (Ciconia ciconia) and Black Stork (Ciconia nigra), Cormorant (Phalacrocorax), a diversity of Woodpeckers (Picidae) and Larks (Alaudidae), Egrets (Ardea), Falcons (Falco) and Hawks (Accipiter).

Devetashko Plateau is rich in caves, a part of which are open for tourists. Most attractive for the tourists is the Devetashka Cave. Also interesting are the caves Golyama Garvanitsa and Malka Garvanistra near the village of Gorsko Slivovo, the Futyova Cave, the Stalbitsa cave near the village of Karpachevo, the Pogris cave, Chukata peak – 556 meters altitude.

Also interesting is the area of The City with artifacts from Roman and Thracian times is the museum  of Kakrinsko Hanche, where the great Bulgarian revolutionary Vasil Levski (1837 – 1873) was caught by the Ottoman soldiers.