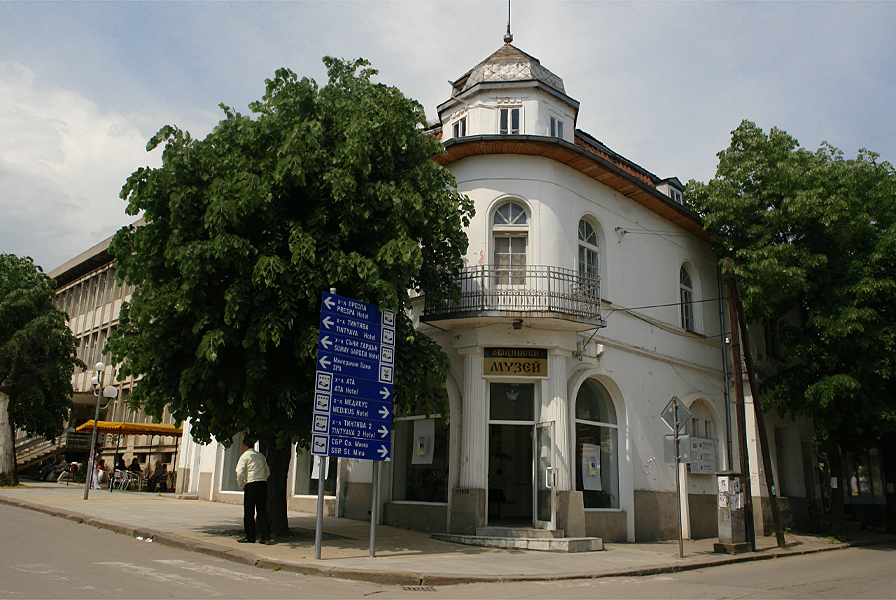 The town of Varshets is located at the foot of Western Stara planina (Old Mountain), 90 km away from Sofia, 35 km north of Montana, and 130 km south of Vidin. Varshets is the oldest spa resort in Bulgaria. The town was established around a mineral spring. The oldest preserved written evidence for its existence is found in the Byzantine chronicles and dates back to the 6th century AD. It is referred to as Medeca (Medicus – medicinal) there – the only town on the territory of the Roman Empire to bear that name.

The Museum of History of Varshets was founded in 1999. The building where the museum is housed was erected in the 1930s as a private home with unique architecture.

The museum is divided into four sections: Antiquity, Archaeological Finds and Coin Collection, Balneology and Ethnography.

The finds exhibited in the Antiquity Section date back to Thracian and Roman times. A rich ethnographic collection mainly comprised of clothes and everyday life items of people living in the region is also displayed.

The most recent history of the town of Varshets as a spa resort is revealed through a big documentary collection and a great number of archival photographs.

The museum’s most valuable exhibit is the unique bronze sculpture of Telesphorus, the Thracian boy-God, who is the symbol of the town today.

The municipal museum has a separate exhibition hall as well, where exhibitions are displayed periodically.

In the same street of Varshets is situated the town’s Art Gallery. The gallery has 664 canvasses and 27 sculptures made of wood, clay and plaster. The pieces in the gallery represent donations made during Plein-Air art sessions held on the Traditional Day of the Resort, the Mineral Water and the Balkan (Stara planina) (celebrated in the month of August). Exhibits of Bulgarian and foreign artists are also shown, including German, Vietnamese artists, etc.