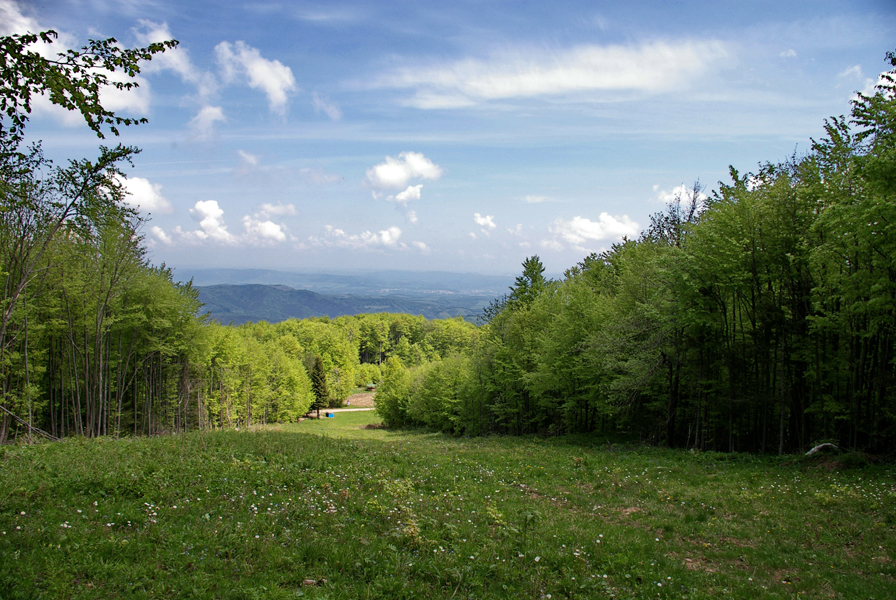 The Bulgarka Natural Park is located on the northern slopes of the central Balkan Mountain – above the Shipka and Tryavna areas. The park was declared a preserved area by order No. RD 7775 of 2002 in order to preserve, restore and maintain the flora, fauna, beech ecosystems and landscapes, typical for the Balkan Mountain.

The total area of the park is 21,772 hectares and includes territories of Gabrovo and Tryavna municipalities. The average altitude of the park above sea level is 940 meters, and the displacement is 1,120 meters.

The diverse topography and climatic conditions are the reason for the great diversity of plant and animal species. About 70% of the officially recognized medicinal plants in Bulgaria can be found in the park. The forest fund of the territory of Bulgarka is about 80% of its total area, 65% of which is occupied by beech. More than 1,360 plant species have been established on the territory of Bulgarka, 32 of which are included to the Red Book of Bulgaria (a list of endangered, threatened or extinct species, found in Bulgaria). The forests on the territory of the park are home to the Brown bear (Ursus arctos), the Gray wolf (Canis lupus), the Red deer (Cervus elaphus), the Roe deer (Capreolus capreolus), the Wild boar (Sus scrofa), the European badger (Meles meles), etc. The following species can also be found on the park territory: Golden eagle (Aquila chrysaetos), the Lesser spotted eagle (Aquila pomarina), several woodpecker species, four species of swallow, etc.

The park has several other eco paths. One of them – eco path “Uzana” – passes through the eponymous area, which is the geographic center of Bulgaria. A rope trolley travels along the path, and the following installations are built along the route: a playground, several recreational sites, a panoramic platform and shelters. One of the most interesting places, especially for the children, is the Forest School – a classroom with wooden desks and board, located outdoors in the woods.

There are several other eco paths and bicycle routes near the village of Bazovets. Gabrovo, Tryavna and Plachkovtsi are starting points for many other tourist routes. The European hiking route Kom – Emine passes through the territory of natural park Bulgarka (in its Bulgarian section, the route passes through the Uzana area – Shipka peak – Buzludzha hut – Bulgarka hut – Gramadliva hut).

The territory of the park is suitable for horse riding – in the Uzana and Todorcheta areas. The “Vikanata Skala”, the caves below Buzludzha peak and the rock massifs near Stanchev Han village are the places, suitable for extreme tourism – mountaineering, rock climbing, caving. The peaks Ispolin in Uzana, Bedek and Bulgarka are suitable for the admirers of paragliding.

Natural park Bulgarka is situated in an area with traditions of eco and country tourism. In Gabrovo, Tryavna and the nearby villages you can find various accommodation options.

The visitor center of Bulgarka Park is located at the southern parking lot of the Etara architectural reserve. The center offers various guided tours and educational programs on topics such as biodiversity, tourism in the park, mountain survival, etc.