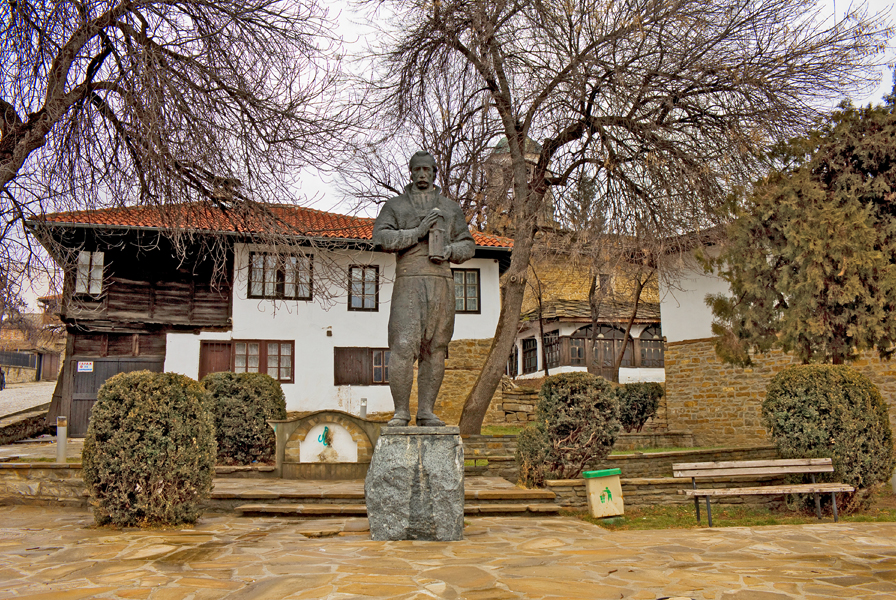 The Kolyu Ficheto – Life and Work Exhibition is displayed in the History Museum in Dryanovo. The exhibition was opened on 20 July 1969 in memory of the renowned master builder.

Nikola Ivanov Fichev, nicknamed Kolyu Ficheto, was born in Dryanovo in 1800. He began learning the trade at an early age and became a mason’s apprentice (builder, brick layer). He studied the craft with master builders of the Tarnovo and the Bratsigovo Architecture Schools. Evidence of his talent was the fact that he was just 33 years old when he was recognised as a junior master builder, a title that was not usually given to someone so young. He later moved to Veliko Tarnovo where he died in 1881. In the course of his life he built some of the most beautiful public and residential buildings from the Revival Period in Bulgaria. Many of them still exist and impress with their exquisite and functional architecture and excellent construction.

Archive photographs of Dryanovo are shown in the first section of the exhibition. Among the exhibits visitors can see the tools and the personal seal of the master builder. Information boards in Bulgarian and English tell facts about the life, building skills, and features characteristic of the style of Kolyu Ficheto.

Very impressive are the models of buildings built by the master builder, such as the Nativity of Mary Cathedral in Veliko Tarnovo, which was his earliest individual work, the Holy Trinity Church in Svishtov, Saints Constantine and Helena Temple in Tarnovo, the building of the Turkish police office in Veliko Tarnovo, where the session of the Constituent Assembly was held after the Liberation of Bulgaria, as well as the beautiful inn of Hadji Nikoli also in Tarnovo.

The models of the bridge over the Yantra River at Byala, Ruse Region, the Covered Bridge in Lovech, and the stone bridge over Rositsa River at Sevlievo demonstrate the work of the master builder in detail.

Photographs taken in the past and the present reveal the current condition of the architectural masterpieces built by Kolyu Ficheto.

Three other exhibitions displayed in different buildings in Dryanovo are also part of the history museum.