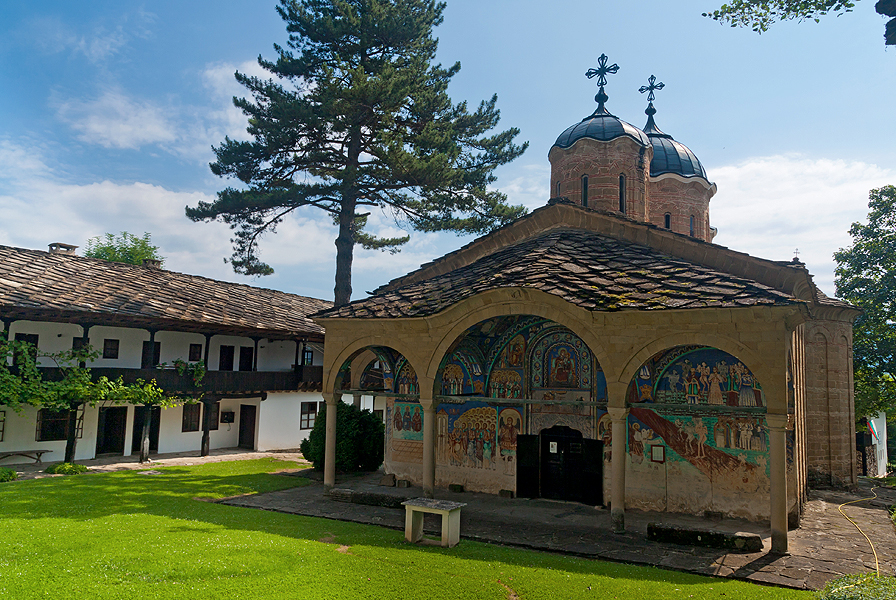 The Batoshevo Monastery “The Nativity of the Virgin” is located some 25 km from Sevlievo and about 7 km from the village of Batoshevo.

According to a stone tablet at the monastery, it was founded during the time of Michael II Asen (reign 1246-1256). After Bulgaria fell to the Ottomans, the monastery was abandoned. It was occupied again in 1809, when Monk Isaiah took up residence near the ruins of the original church. Construction on the new monastery began in 1835. The main church at the monastery, The Church of the Blessed Virgin, was built in 1836 by the master builder Konstantin from the city of Peshtera. At this time quarters for the monks were also constructed. During the struggle against the Ottoman regime, the monastery became a center for revolutionary activity. During the April Uprising in 1876, a band of outlaws robbed and vandalized the monastery. They burned the northern and western parts of the complex and part of the church. In 1878, the parts of the complex that had been damaged were rebuilt.

In the church there is a carved wooden iconostasis ornamented with images of vegetation that on 12 separate panels depicts subjects from the Creation. It is considered to be one of the consummate creations of the Troyan School of artists. Visitors to the church may also view icons that include The Archangel Michael, The Blessed Virgin, and Christ Pantocrator. Of particular interest are the murals on the church’s exterior narthex. The monastery was declared an architectural and cultural landmark by the Bulgarian Council of Ministers in 1971.

Informative materials and icons are on sale in the monastery. The monks at the monastery are also ready to offer further information about its history to interested visitors. The church’s annual celebration is on August 15. The Batoshevo Monastery, which is a functioning monastery, provides overnight accommodations for visitors.