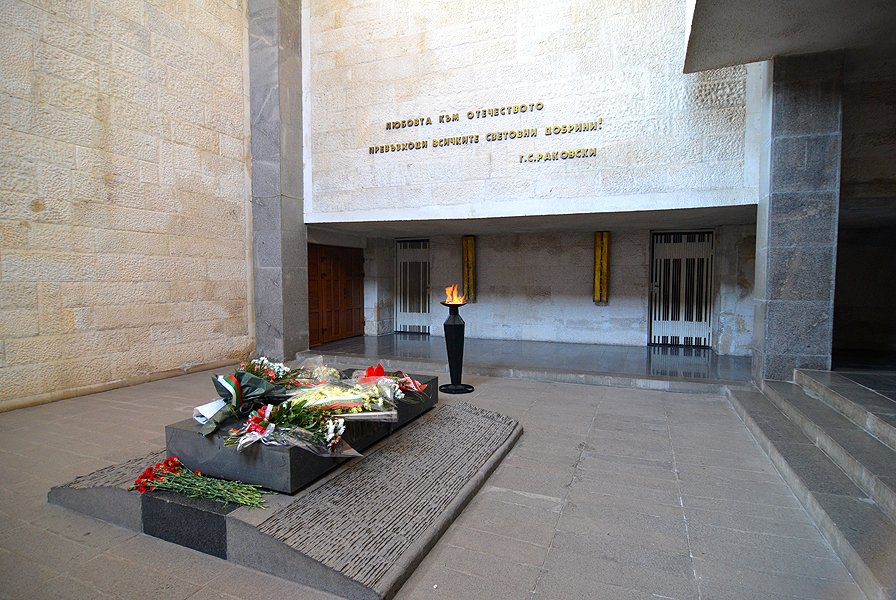 One noteworthy display in the Kotel Museum of History is the Pantheon of Georgi Stoykov Rakovski, located in the section of the museum dedicated to the Kotel Awakening. The building that houses the pantheon opened in 1981, in honor of the founding of the Bulgarian State 1300 years earlier.

The pantheon recognizes Rakovski (1821-1867), also known as Georgi Sava Rakovski, as one of Bulgaria’s most revered educators and revolutionaries. He was a father of organized national resistance against Ottoman rule committed to the democratic ideal. He was also an active pamphleteer, journalist, historian, and ethnographer.

Rakovsky’s marble sarcophogas occupies the central hall in the main exhibition gallery. A bronze banner inscribed with the words “Liberty or death” stands above it, along with a replica of his saber.

In The Hall of the Revolutionaries, The Kotel Awakening Exhibition follows the life of Rakovski, focusing on his pamphleteering and revolutionary activities. Photographs, documents, and facsimiles attest to his participation as a leader of the people and his role as the head of the Bulgarian legation to Belgrade. A particularly interesting object is the bronze sculpture Resurrection.

Of interest is the coffin that held Rakovski’s remains, the daily journal of the great Bulgarian patriot, the weapons he carried, and a collection of weapons from the Russo-Turkish War of Independence.