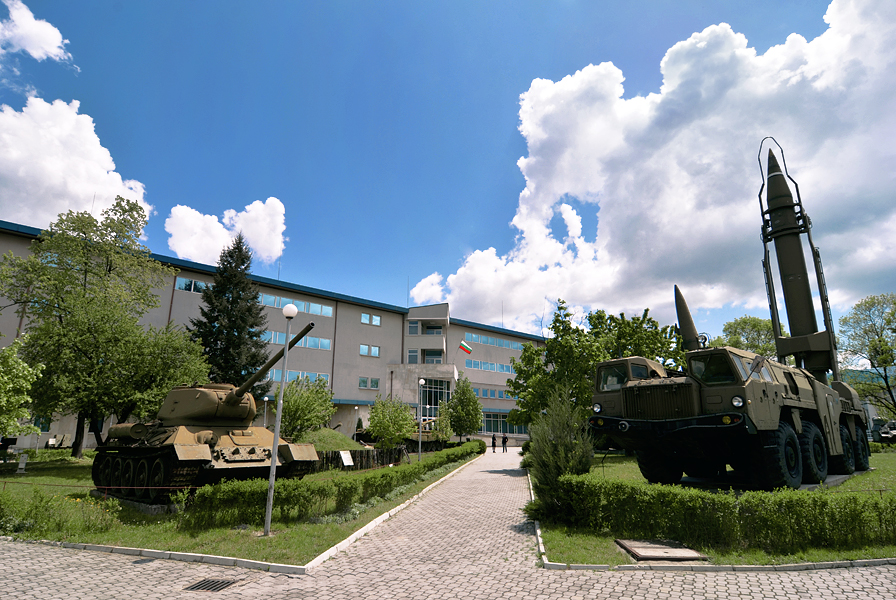 In its nearly one hundred years, the museum has collected almost a million items related to Bulgarian and European military history.

It is the only museum in Bulgaria that offers visitors three separate exhibitions – the outdoor display of military equipment, the permanent collection, and a range of other collections.

The outdoor display has more than 230 examples of military artillery, aviation equipment, and marine equipment.

The permanent collection that opened in May, 2005 traces the history of the Bulgarian military, pointing out to visitors the country’s victories, glory, and heroism from The First Bulgarian Kingdom to the present day. It covers an area of 2,400 square meters. The first halls display Bulgarian military uniforms during the Middle Ages.

The following collections are dedicated to the struggle for national independence, the Russo-Turkish War of 1877-1888, and The Balkan Wars (1912-1913), during which the brilliant triumphs of the Bulgarian Army earned a permanent place in world military history. There are also dioramas of Bulgarian military participation in the First and Second World Wars and in other military campaigns up to the present day.

More than 28,000 items from the museum’s collection are deployed in the service of these topics. Impressive to visitors are the expositions’ recreations, use of sound effects, and the unusual combination of the items on display with pictures by famous Bulgarian artists.

The halls showing the museum’s various collections will appeal to visitors with specific interests. On display in the first hall are sharp-edged weapons and firearms. Pride of place here is given to weapons from the imperial collections of Prince Alexander I of Batenberg (reign 1879-1886), Tsar Ferdinand (reign 1887-1918), and Tsar Boris III (reign 1918-1943).

There are 960 medals of honor, orders of merit, medals, and insignia, tracing the development in Bulgaria of honoring military distinction. In the hall of military uniforms there are some 600 displays arranged by time period and rank, so that visitors can view the wide range of uniforms worn by Bulgaria’s military.