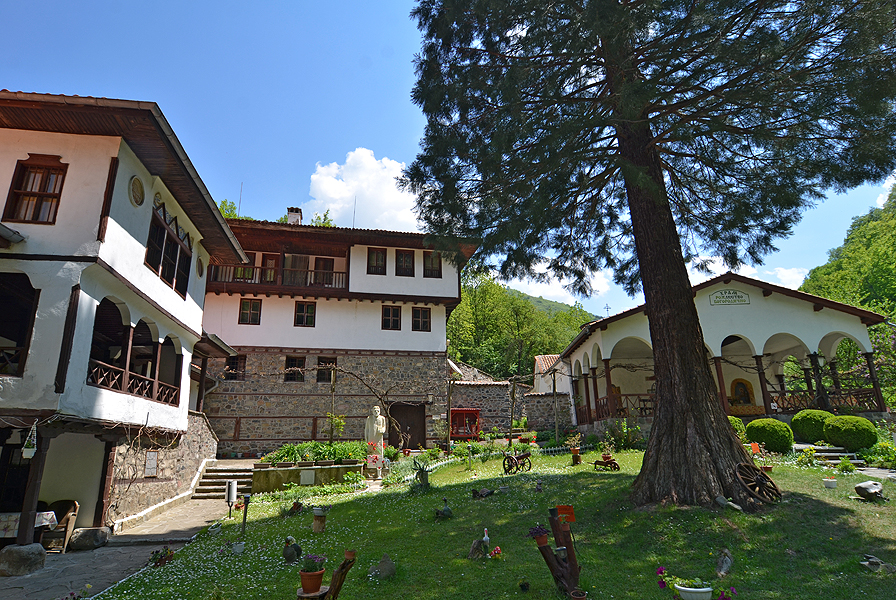 The Osenovlashky monastery is also known as the monastery of the Seven Altars. It is situated at a distance of about 41 kilometers from the town of Svoge and about 83 kilometers from Sofia. The monastery was founded in the 11th century and was a cultural and educational center over the centuries – books were re-written in it, and in the end of the 18thcentury Sofroniy of Vratza, a Bulgarian cleric and national Revival leader, resided there.

The oldest preserved building in the monastery is its main church, which is believed to be built in the 10th– 11th century. Over the years the church and the monastery were destroyed and rebuilt repeatedly. The church has existed in its present form since 1815. The name of the monastery comes from the specific division of the church – a nave and six cross altars (chapels). The fret worked iconostasis of the church and the chapels date back to the 17th – 18th century and are decorated with floral ornaments, animals and biblical stories. The icons with fret worked frames were made by local craftsmen. One of the most interesting masterpieces is the wooden chandelier “Horo”, made in 1815. The chandelier consists of 15 colored elements, with scenes, carved on them.

A large scale construction began in the monastery in the 19th century, during which the residential and farm buildings were constructed. The memorial day of the temple is the 8th of September – The Navity of the Virgin Mary.

The monastery is situated under the Balkan peak Izdremets (1,492 meters above the sea level) and is surrounded by ancient forests. The monastery and the surrounding areas were declared a natural landmark by Order No 3384 of 8 December 1966. It was also declared a monument of art by issue 101 of the State Gazette in 1971.