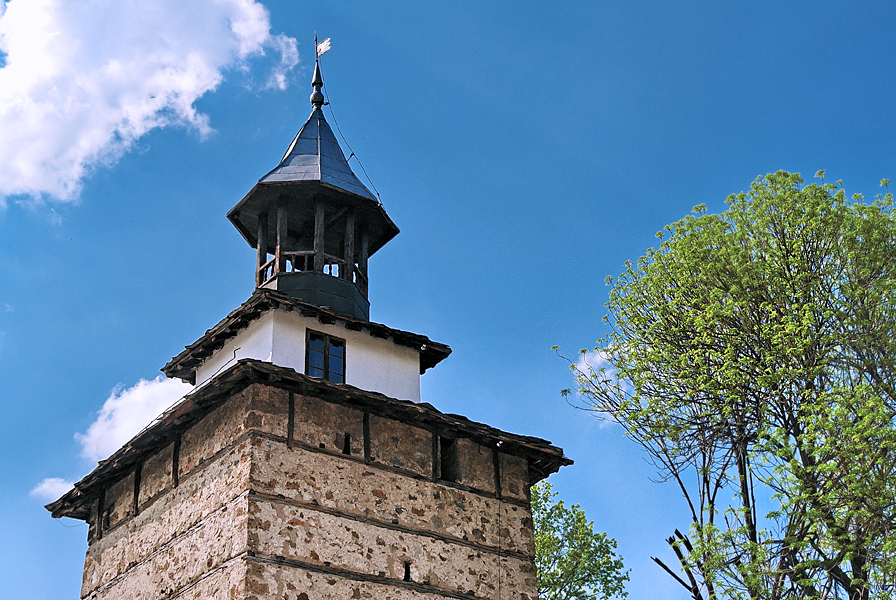 The Etropole Clock Tower was built in 1710 by the master builder Todor and is one of the oldest clock towers in Bulgaria. It is made of smooth stones and travertine (a type of limestone), and is 20 meters high.

It was first used as a lookout and defense tower, which explains why to this day it has apertures on three sides.

The clock tower has three distinct parts. The lower stone section is composed of 14 horizontal belts separated by oak beams. The middle section is the tower’s body, inside of which there is a wooden staircase with two landings. On the western side of the upper section is the stone clock face inscribed with the date of its construction – 1710.

The lookout tower underwent considerable alteration in 1821. The clock mechanism was rebuilt by the master craftsman Dido from Etropole, and a bell from the ruined church and monastery Saint Atanas was added. To this day the clock remains completely accurate, and people can set their watches by it. The tower was declared an architectural and cultural monument in Issue Number 37 of the State Decrees for 1964.

At present the clock tower is not open to the public, so tourists can only view it from the outside. Across from the tower is the Etropole Historical Museum. The clock tower is included among the one hundred most notable tourist sites in Bulgaria.